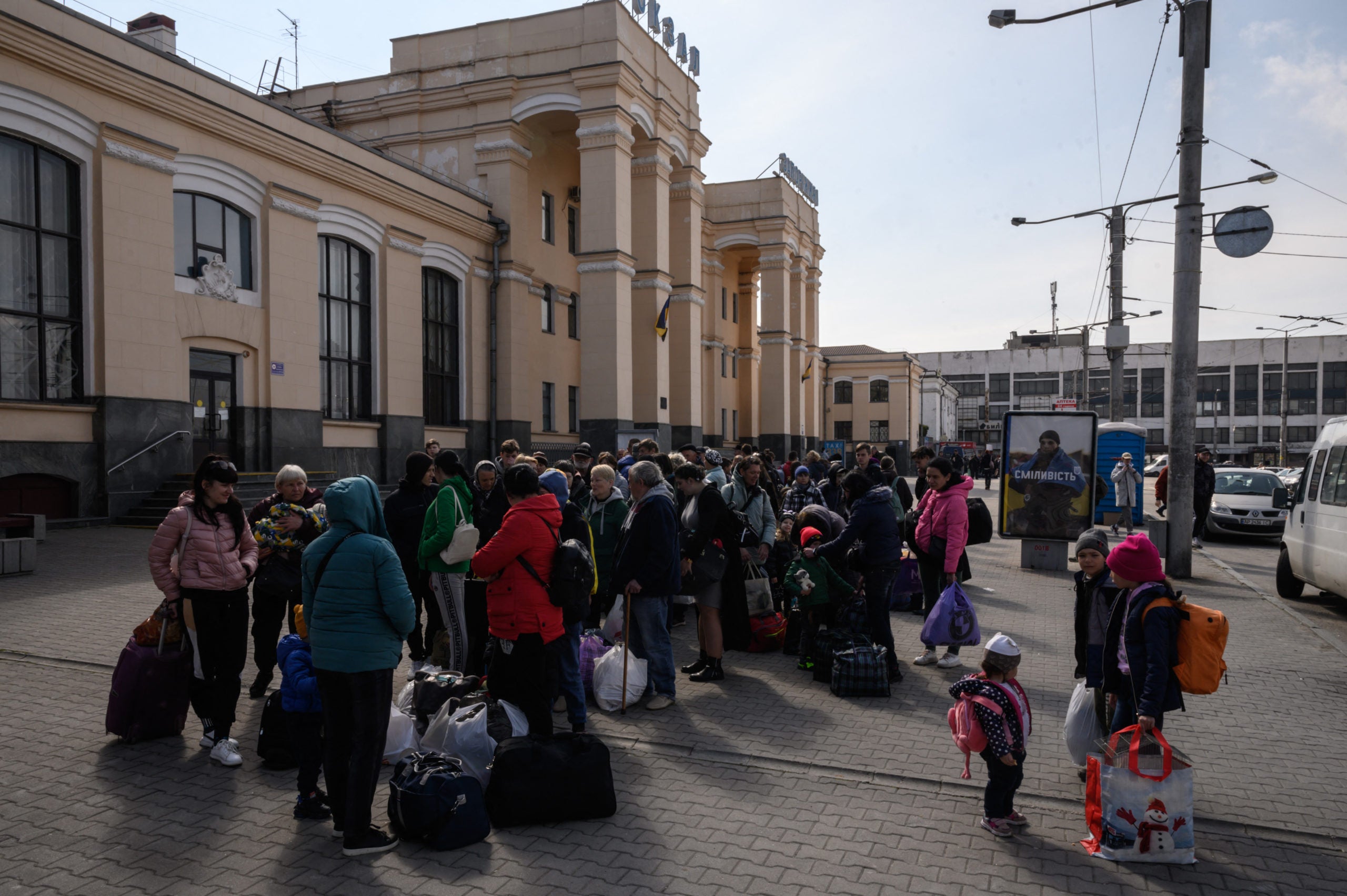 Internally displaced people prepare to board an evacuation train departing for Lviv, the day after arriving as part of a humanitarian convoy from the besieged city of Mariupol, at a railway station in the southern city of Zaporizhzhia on April 22, 2022. (Photo by Ed JONES / AFP)

“Today we will again try to evacuate women, children and the elderly,” Vereshchuk said on Telegram, urging people to gather on the motorway close to the Port City shopping centre in Mariupol.

“If everything happens as planned, we will start the evacuation around noon (0900 GMT).”

No further update was immediately available by 1130 GMT.

Three buses carrying evacuees from Mariupol arrived in the Ukrainian city of Zaporizhzhia on Thursday after three consecutive days of cancelled evacuation attempts that Ukraine blamed on Russia’s lack of agreement.

Vereshchuk also warned that Russian forces may try to organize evacuations towards Russia.

“Our corridor will go exclusively in the direction of Zaporizhzhia,” she said, calling on people “not to give in to provocations.”

On Friday, she vowed Ukraine would continue to try to get civilians out of the shattered city.

There has been hope for a weekend truce between Ukraine and Russia in the nearly two-month war, as both countries celebrate Orthodox Easter.

Russia claims de-facto control of Mariupol, aside for the giant Azovstal steel plant where hundreds of Ukrainian soldiers and allegedly some civilians remain holed up.

Russian President Vladimir Putin ordered his forces this week not to assault the plant, demanding instead that the Ukrainian defenders be sealed underground until their last stand.

“They (Russia) renewed air strikes on the territory of the plant, on the area of our troops and try to carry out assault operations,” Arestovich said at a briefing.

“Nevertheless, our defenders hold on regardless of the very difficult situation and even carry out counter raids.”

Ukraine has repeatedly called for a ceasefire to allow civilians to leave the strategic port city.

The Azov battalion, a nationalist Ukrainian regiment that has led the defence of the city, posted a video this week showing civilians — including children, toddlers and babies — allegedly hiding at the Azovstal plant.

Several women who appeared in the footage said they have been in the factory for two months. Clothes could be seen hanging from pipes in the footage.

It was not possible to verify the video, but some of the children also appeared in previous Azov videos, and two women in the footage said “today is April 21.”

“We want to go home and see sunlight,” said one boy.