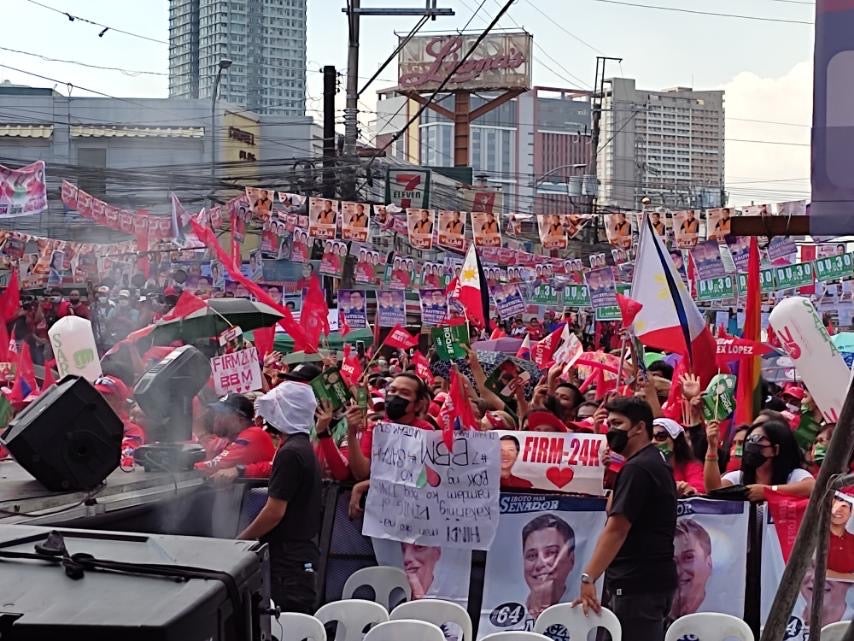 MANILA, Philippines — The campaign rally of presidential candidate Ferdinand “Bongbong” Marcos Jr. and his running-mate Davao City Mayor Sara Duterte-Carpio in Manila on Saturday has drawn a crowd of 14,000 as of 7 p.m., according to a situational report from the Manila Police District (MPD).

The event in Sampaloc started at 2:30 p.m., according to MPD. 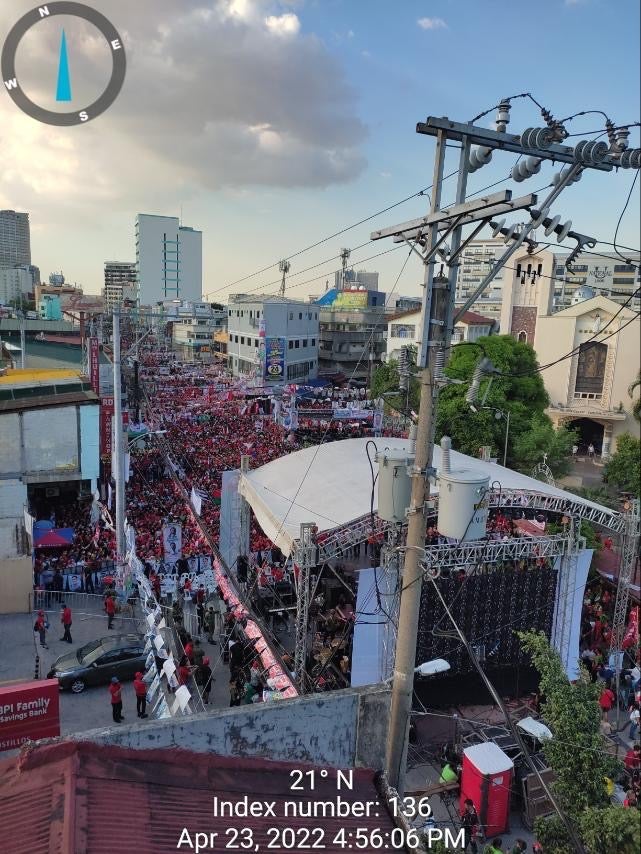 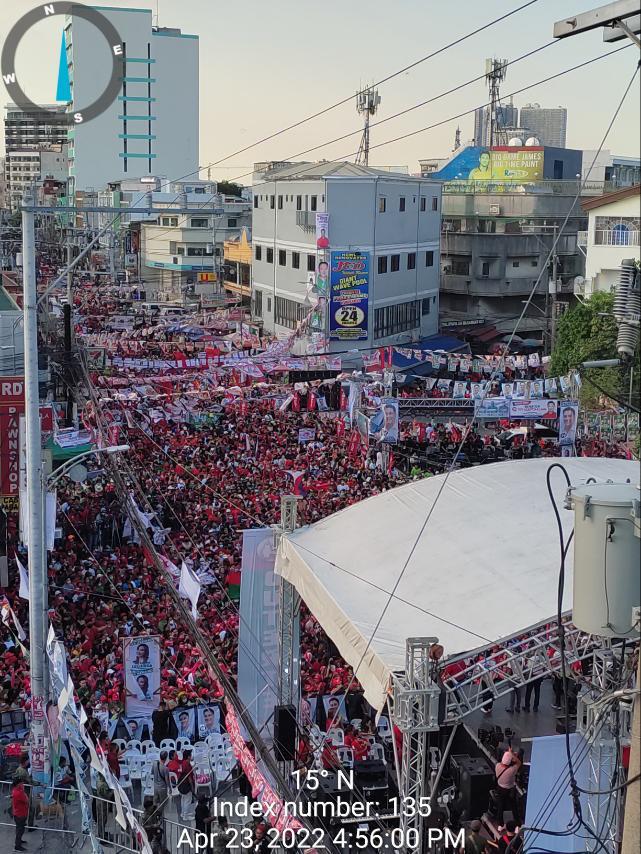 The situation remains “peaceful” so far, the MPD added.