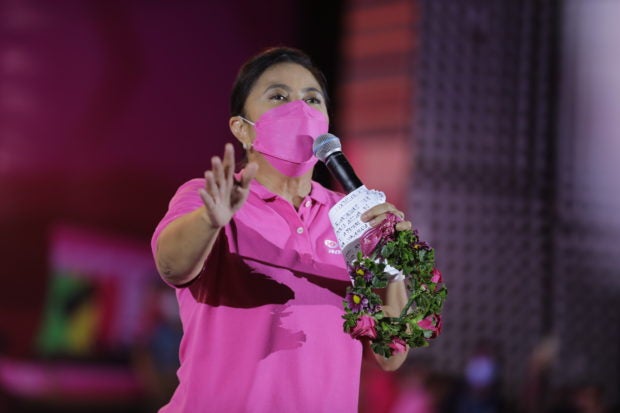 In a statement on Saturday, presidential candidate Robredo pointed out that said that she has never even talked with the Sison who is in self-exile in the Netherlands.

(There is no truth to the claims that Jose Maria Sison is my personal or campaign adviser.  I have never talked to him in any capacity.)

(The claim that he is advising us is a lie.)

(Our lawyers are looking at filing of appropriate cases to hold people who propagate these lies accountable.)

Sison himself denied the claim.

“I have not been advising Leni Robredo.  I have not been consulting with Barry Gutierrez, the spokesman of Robredo,” Sison said in a separate statement.

“I presume that the Ang Bayan, official publication of the Communist Party of the Philippines, will deny the fake report,” he added.

CPP spokesperson Marco Valbuena also countered the claims, saying that these claims were not published in Ang Bayan.