MANILA, Philippines — The Aksyon Demokratiko urged the Bureau of Internal Revenue (BIR) to intensify its collection efforts, including garnishing of accounts of the Marcos family’s bank accounts to ensure that the unpaid P203-billion estate taxes will be fully paid.

A letter dated April 21 by Aksyon Demokratiko chairman Ernesto Ramel Jr.’s to BIR Commissioner Ceasar Dulay stated that BIR should “immediately and continuously implement collection efforts, whether civil or criminal manner of collection, including distraint/garnishment of the bank accounts relating to the estate of the late dictator Marcos Sr.”

“We believe that it is in the best interest of the Filipino People that the taxes to be collected be put into its public use, especially in this time of the pandemic,” Ramel said in the letter made public Friday. 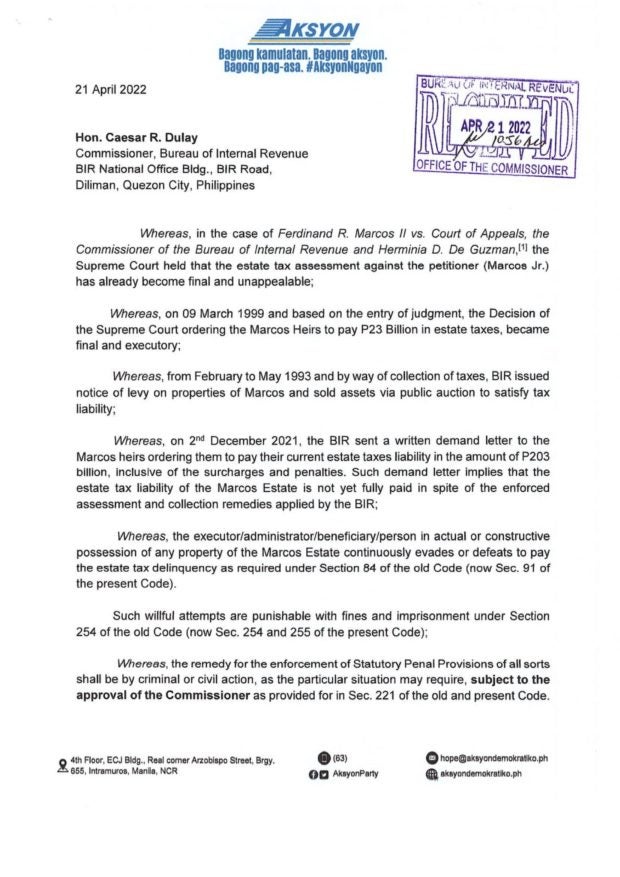 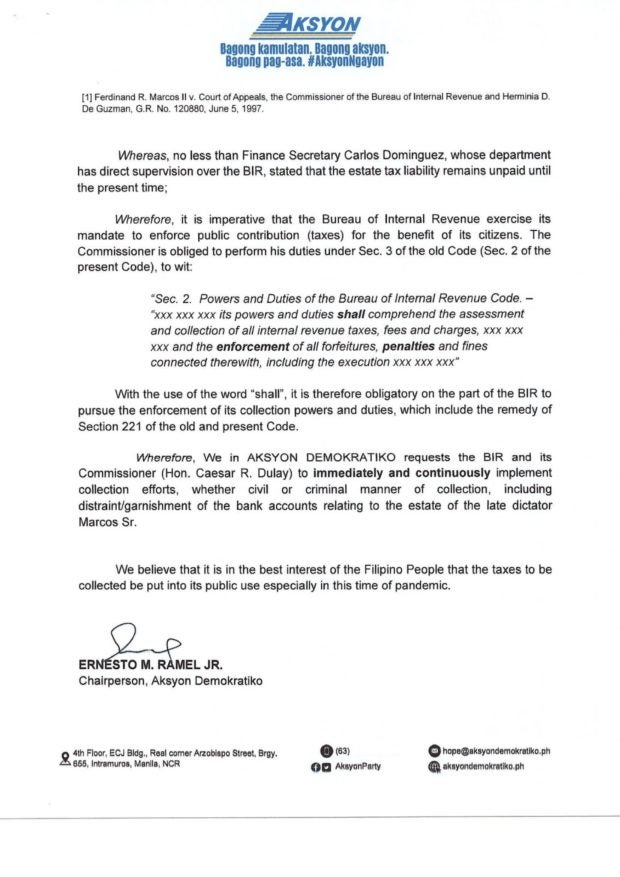 Aksyon Demokratiko, the party of Francisco “Isko Moreno” Domagoso, revealed that the Marcos family has yet to settle its tax liabilities estimated to be worth P203.819 billion.

The BIR also confirmed to Ramel that they had sent a written demand to the Marcos family to pay its outstanding estate tax on December 2, 2021.

Earlier, Finance Secretary Carlos Dominguez also said that the government is “intent on collecting all taxes due” from the Marcos estate.

INQUIRER.net reached Atty. Vic Rodriguez, spokesperson of presidential candidate Ferdinand “Bongbong” Marcos Jr., for comment, but he has yet to respond as of posting.