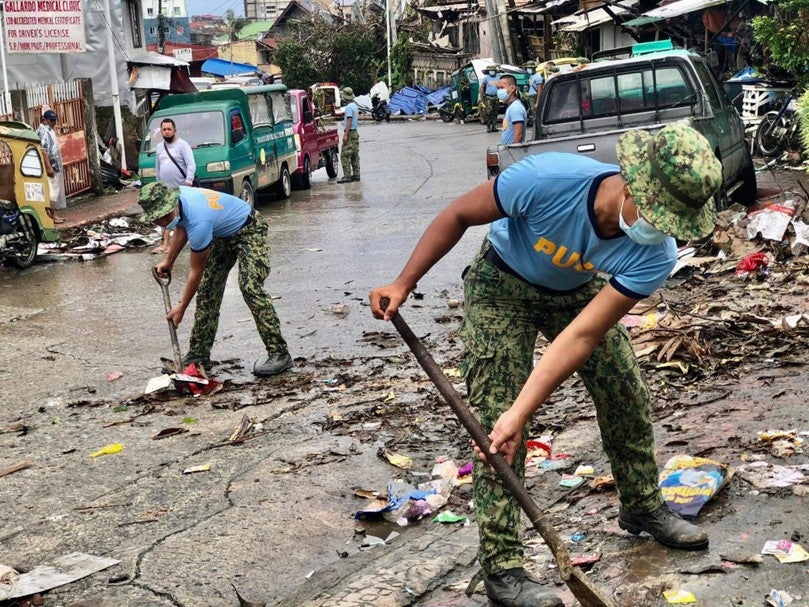 MANILA, Philippines — The estimated damage wrought by Tropical Storm Agaton (international name Megi) on public infrastructure has reached P1.45 billion, according to the Department of Public Works and Highways (DPWH) on Wednesday (April 20).

Citing a report from the Bureau of Maintenance, Public Works Secretary Roger Mercado said damage left by Agaton on roads and bridges was estimated at P1.3 billion in Eastern Visayas alone.

In the Soccsksargen region, the DPWH reported damage estimate of P6.06 million on national roads. In the Caraga region, damage inflicted on roads and bridges was estimated to cost P27 million.

The DPWH has cleared and reopened 47 out of 50 roads in the regions of Western Visayas, Central Visayas and Eastern Visayas.

The DPWH aims to reopen the remaining roads made impassable by landslides before the end of April.

Some of the remaining closed roads were in areas in Southern Leyte.

Warning signs have been installed while the DPWH continues to conduct clearing operations.

According to the government agency, all other national road sections were passable, although 17 roads still have limited access due to road slip, landslide, damaged bridge approach, and foundation damage.