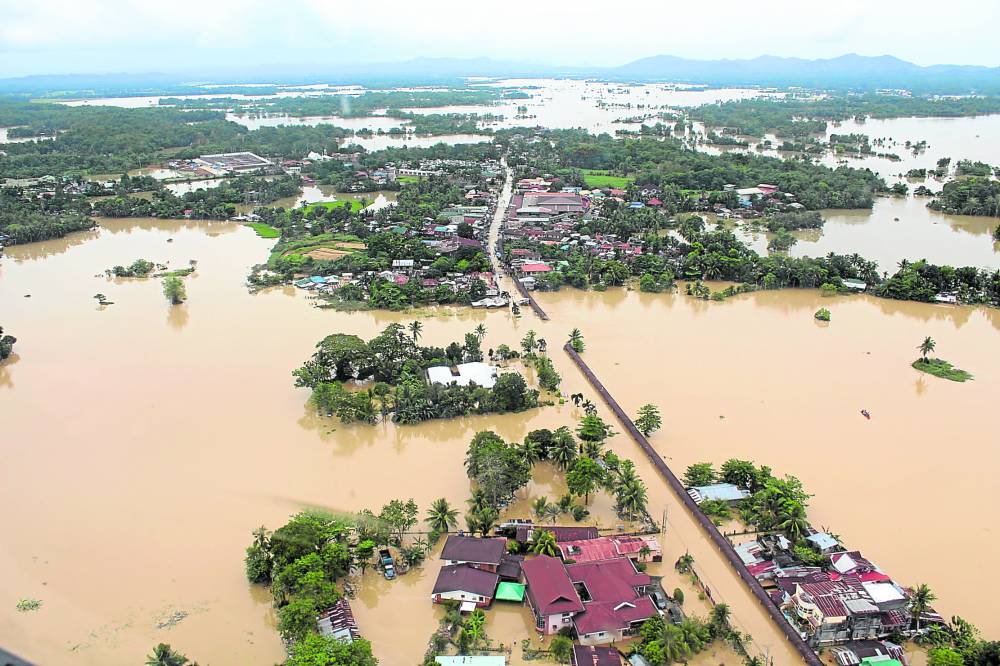 The town of Panay and all other municipalities and the capital Roxas City in Capiz experience the worst flooding in recent memory due to heavy and continuous rains dumped by Tropical Storm Agaton (Megi) on April 10. —PHOTO COURTESY OF THE OFFICE OF CIVIL DEFENSE WESTERN VISAYAS

MANILA, Philippines — The estimated damage to agriculture in the wake of  Tropical Cyclone Agaton was placed at P2.3 billion on Tuesday, the Department of Agriculture (DA) said.

Apart from the damage and losses that ballooned from Tuesday’s P1.4 billion, the amount of volume loss also doubled to 70,064 metric tons (MT), from Tuesday’s 35,258 MT, affecting a total of 54,013 farmers and fishers, and 25,632 hectares of agricultural land, the DA in its latest report said.

Meanwhile, rice crops continued to be the most affected commodity totaling a volume loss of 56,095 MT worth P947.3 million.

On the other hand, high-value crops, particularly vegetables, cacao, and fruits, suffered a volume loss of 12,080 MT worth P241.8 million.

An estimated loss of P37.5 million, or 71,893 heads of livestock and poultry was also reported.

It has been exactly a week since “Agaton” dissipated, after ravaging parts of the Visayas and Mindanao. It also claimed the lives of at least 175, and affected over 2 million individuals.