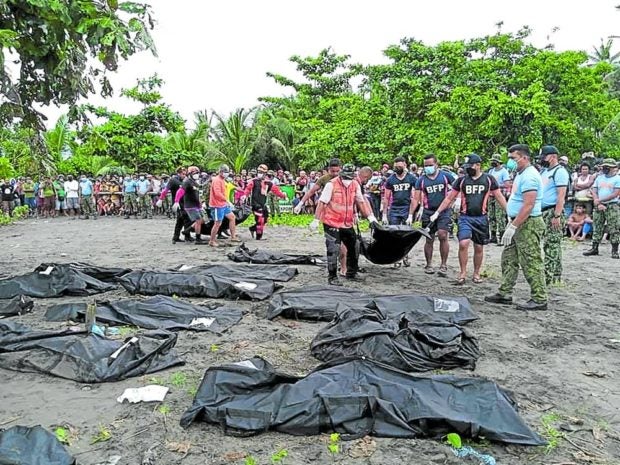 In its latest situational report, the NDRRMC said that of the 175 reported deaths, 156 came from Eastern Visayas, 14 in Western Visayas, three in Davao Region, and another two from Central Visayas.

A total of 110 people are also still tagged as “missing” after the typhoon, according to NDRRMC.

Most of those who are yet to be found are from Eastern Visayas at 104. Five people are also missing in Western Visayas, and a person remains missing in Davao Region.

Meanwhile, the agency said that eight people remain missing due to the typhoon.

There are 2,423 barangays or villages affected by “Agaton,” accounting for more than two million people.

“Agaton” weakened into a low-pressure area last Tuesday. It completely dissipated a day after.