Provincial buses required to ferry passengers at ‘any given time,’ says LTFRB 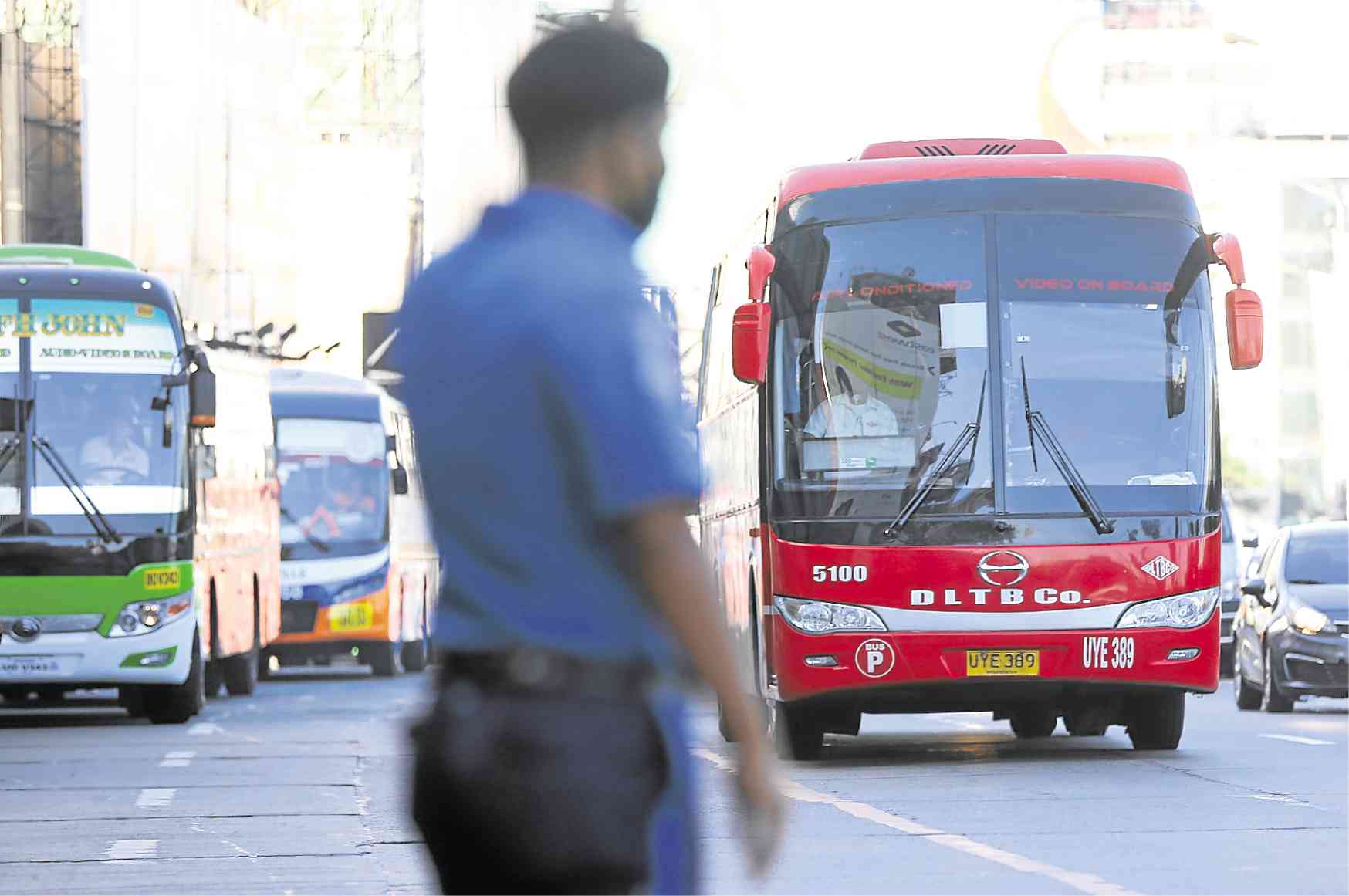 MANILA, Philippines — The Land Transportation Franchising and Regulatory Board (LTFRB) clarified on Wednesday that provincial buses are still required to transport commuters “at any given time when there is passenger demand.”

The LTFRB added that the “window hour scheme” being enforced by the Metropolitan Manila Development Authority (MMDA) only applies to provincial buses that have private terminals inside Metro Manila.

The LTFRB issued the clarification in light of announcements made by provincial bus operators regarding the “window hour scheme” of the MMDA.

“Reports have reached the [LTFRB] regarding announcements made by provincial bus operators that they will be operating during night time only, specifically from 10:00 PM to 5:00 AM, allegedly in observance of the window scheme agreement they have with the MMDA,” the LTFRB said.

“At the outset, the LTFRB would like to clarify that the agency is not privy to the said agreement but was informed of this prior to the more than two-weeks dry run of the said scheme by MMDA, and that the agency respects the said policy they are implementing,” it added.

On March 24, the MMDA announced the start of a two-week dry run for the return of provincial buses along Edsa. Provincial buses were allowed on Edsa from 10 p.m. to 5 a.m.

“However, we would like to emphasize also that observance of the window scheme of the MMDA should not connote that provincial bus operations shall only commence and terminate public land transportation services at night time from 10:00 PM to 5:00 AM,” the LTFRB went on.

“The agreement with the provincial bus operators, as explained by the MMDA during the meeting of officials from both agencies, was that the said operators may use their private terminals only from 10:00 PM to 5:00 AM,” it added.

Beyond these window hours the LTFRB said the buses’ origin and destination must be at the following integrated terminal exchange (ITX) where there are city buses that will ferry passengers:

“It should be noted that permits to operate were given to these provincial bus operators to transport passengers at any given time when there is passenger demand, and not only at night time as they have announced in several platforms,” the LTFRB said.

“The provincial bus operators should be responsible enough to abide by their agreement with the MMDA and its duties and responsibilities as a common carrier. For their non-compliance, which is a blatant violation of their special permits  and certificate of public convenience or CPC to operate, the LTFRB will hold them accountable for this flagrant violation,” it added.

The LTFRB cited stranded passengers reported in Pampanga due the lack of provincial buses that would transport them to Metro Manila.

“The situation in Pampanga right now, as reported by our LTFRB Region III personnel, where there are many stranded passengers in Dau Terminal waiting for the absent provincial buses to ferry them to their destinations in Metro Manila, is very heart-rending and should not be tolerated,” the LTFRB said.

“By not operating as they are required to do so under the conditions of their current special permits, they have made thousands of passengers suffer, such as the financial loss incurred by workers who were not able to work today and by those with business transactions, because of the absence of public transportation,” it added.