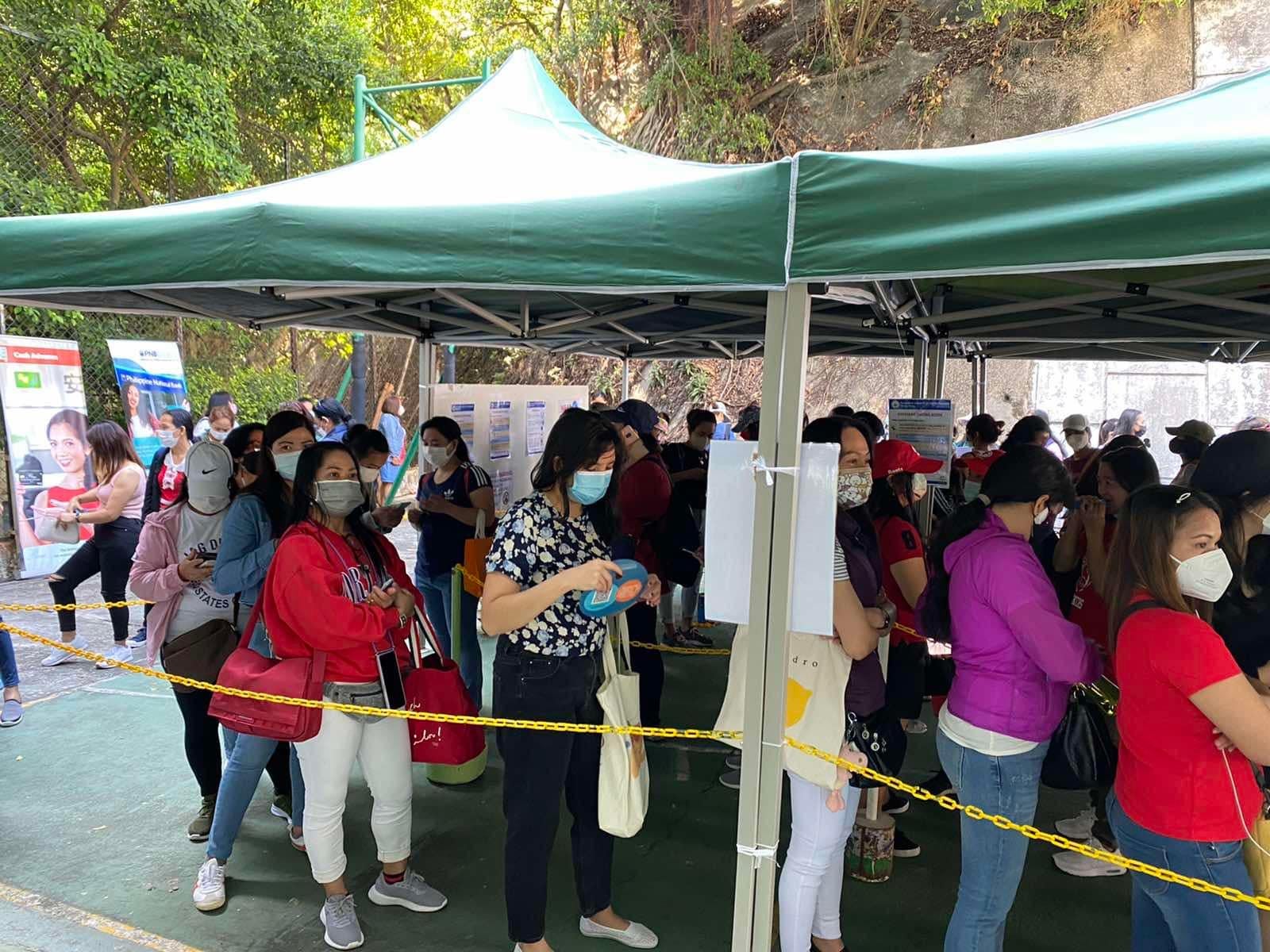 Filipino workers in Hong Kong cue for their turn to cast their vote on the first day of the overseas absentee voting held at the Bayanihan, Kennedy Town Centre, Hongkong. Image from the Consul General Raly Tejada / Facebook

MANILA, Philippines — The Commission on Elections (Comelec) is eyeing a possible suspension of overseas absentee voting or a failure of polls in Afghanistan and in Ukraine amid the ongoing repatriation efforts.

Overseas absentee voting started on April 10 and will end on May 9, the election day in the Philippines.

“There are two other countries that we likewise have pending reports from the DFA that we need also to declare possible suspension or even failure of elections in those two countries, specifically Afghanistan due to the mandatory repatriation that was affected by the Department of Foreign Affairs last August 2021. This was under the jurisdiction of the Philippine Embassy in Islamabad,” said Comelec Director Sinoa Bea Wee-Lozada in a House hearing on the poll body’s preparations for the May 9 elections and the status of overseas voting.

Wee-Lozada also said ballots have arrived in Dili, Timor Leste and they will start voting once the embassy personnel confirmed receipt.

According to Wee-Lozada, a total of 1,972 registered overseas voters are affected by the voting suspension or failure of elections.

Based on Comelec data, there are 1.6 million registered overseas voters.