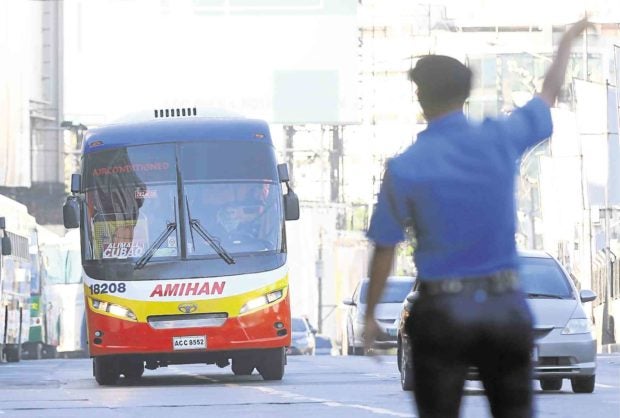 MANILA, Philippines — The Metropolitan Manila Development Authority (MMDA) announced Thursday that it started implementing a two-week dry run for the return of provincial buses on Edsa.

This development happened after the Inter-Agency Task Force (IATF) Resolution No. 101 on uniform travel protocols expired on March 24.

“Hence, the MMDA will implement a two-week dry run allowing all provincial buses from traversing along the stretch of EDSA,” MMDA chairperson Romando Artes said in a statement.

“The DOTr and the Land Transportation Franchising and Regulatory Board gave the green light to allow provincial buses to ply EDSA starting 10 p.m. tonight up to 5 a.m.,” he added.

The MMDA led by Artes and representatives from multi-sectoral stakeholders conducted a “pledge of commitment” for the “rationalization, improvement, and enhancement” of the public and private transportation in Metro Manila during a summit also on Thursday.

Artes said that among preparations for the “new normal” are proposed new traffic plans, including the possible return of provincial buses on Edsa, expansion of the number coding scheme, and reimplementation of the truck ban policy.

“We will conduct a series of consultations to further improve traffic management in Metro Manila. Rest assured that we will thoroughly study the proposed solutions and we will address the concerns of the commuters and transport sector,” he said.