Sotto: NPC is free zone for choice of president 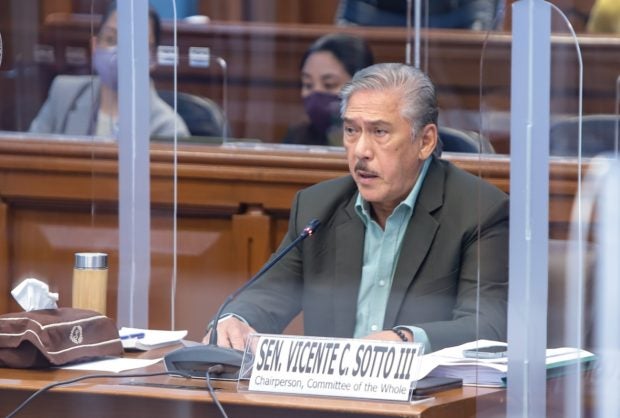 BACOLOD CITY––The Nationalist People’s Coalition (NPC) has declared the choice of presidential candidate a “free zone” for its members.

They were, however, asked to support the NPC vice-presidential and senatorial bets, Senate President Vicente Sotto III said on Tuesday, April 19.

Sotto, who is the NPC chairman, is running for vice-president along with presidential candidate Panfilo Lacson.

Sotto said he and 10 council of leaders run the NPC.

They agreed to declare the presidency a free zone since some NPC members had made commitments to their bets, Sotto said.

Governor Lacson has declared his support for the presidential bid of Vice President Leni Robredo.

“As for the vice president, the mandate of the party is to support its chairman,” Sotto said.

He said he worked for the cityhood of Kabankalan, Talisay, Victorias, and Silay. “I’ve done a lot for Negros Occidental, if you ask the other vice-presidential bets I don’t think you’ll get an answer as precise as mine, “ Sotto said.

Sotto: No ‘definite consensus’ yet by NPC to back Lacson for president