Sotto: No 'definite consensus' yet by NPC to back Lacson for president | Inquirer News

Sotto: No ‘definite consensus’ yet by NPC to back Lacson for president 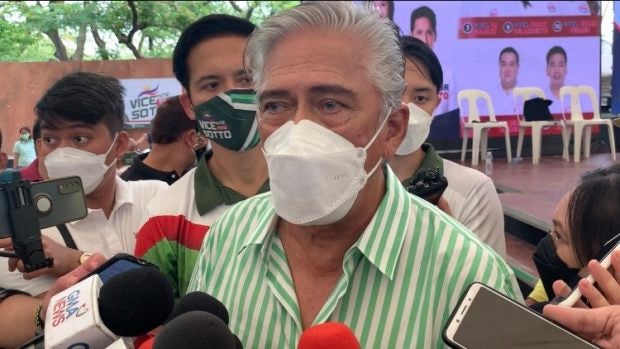 MANILA, Philippines — The Nationalist People’s Coalition (NPC) has yet to reach a consensus to support the presidential bid of Senator Panfilo “Ping” Lacson.

NPC chairman and Lacson’s running mate for vice president, Vicente “Tito” Sotto III, said this Tuesday, as he gave updates to members of the media about the result of the recent meeting of NPC officials.

“We were not able to get a definite consensus,” Sotto told reporters in Quezon City.

According to Sotto, NPC’s support of him was “automatic” because he is the party chairman. However, he also noted that some party members have “committed” support to another presidential candidate.

READ: Sotto ‘confident’ NPC will back his tandem with Lacson

“So at the moment, bottom line, we are still getting the consensus of the NPC, together with the alliance with Partido Reporma and [National Unity Party], so that it could be a Lacson-Sotto endorsement,” he said.

Lacson is the chairman of Partido Reporma.