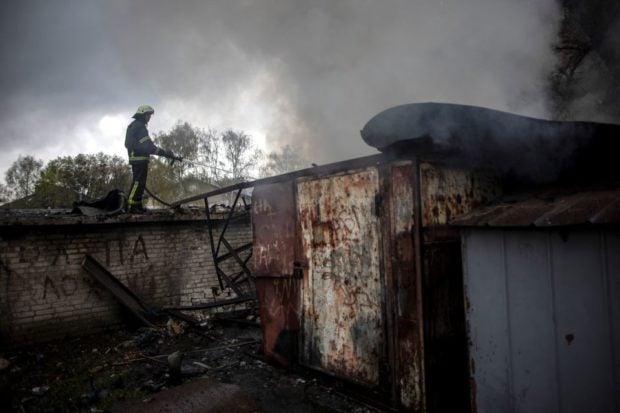 A firefighter tries to extinguish a fire burning at a garage, following Russian shelling, amid Russia’s attack on Ukraine, in Kharkiv, Ukraine, April 18, 2022. REUTERS

“Today, April 19, unfortunately, there are no humanitarian corridors,” Vereshchuk wrote on Facebook.

She said intensive shelling continued in the Donbas region of eastern Ukraine, where President Volodymyr Zelenskiy says Russia has launched a new offensive.

Efforts to create safe passage for civilians to leave the besieged southern city of Mariupol have failed repeatedly, with each side blaming the other. Russia has denied targeting civilians.

“According to Mariupol: (the) Russians refuse to provide a corridor for the exit of civilians in the direction of Berdyansk,” Vereshchuk said.

She said “difficult negotiations” were taking place to try to arrange humanitarian corridors in the southern region of Kherson and in the Kharkiv region of eastern Ukraine.