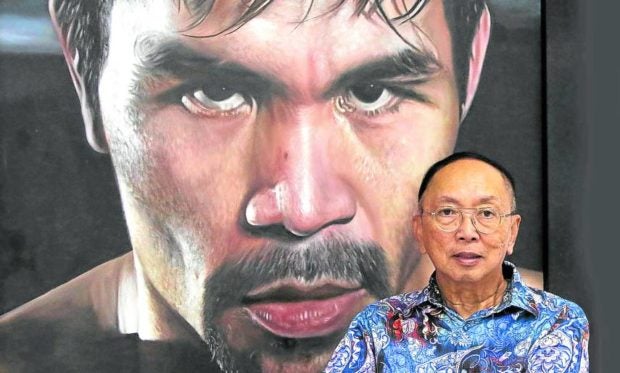 Pacquiao’s campaign manager Buddy Zamora made the remark after another presidential candidate,  Francisco “Isko Moreno” Domagoso, called on Robredo, who is currently ranked second based on pre-election surveys, to drop her bid, saying “whatever [she is] doing is not effective against the Marcos.”

“No, he does not,” Zamora said in an interview with ABS-CBN News Channel when asked if Pacquiao is supporting Moreno’s call.

“Because Senator Pacquiao believes that the choice is up to the people and since everybody filed the candidacy for presidency, he’d want the choice to be really coming from the people, not from any calls for others to withdraw,” Zamora added.

READ: Moreno calls on Robredo to withdraw from presidential race

Pacquiao was supposed to join the press conference held at the Manila Peninsula Hotel where Moreno made the call. Also present at the presser were presidential bets Senator Panfilo Lacson and former defense chief Norberto Gonzales.

According to Zamora, Pacquiao made the decision to join the press conference in General Santos City “without our prior knowledge.” Pacquiao, however, did not arrive before the presser ended.

“The theme was supposed to be for unity which is a very vague notion. I think they were going to say that they were not going to withdraw from the election because to my mind, it’s quite illogical for anyone to be withdrawing on the last minute,” Zamora said when asked about the supposed agenda of the presser that Pacquiao was told.

“We’re only 20 days away from the elections and we’ve gone through so many time, effort and expenses, why would anyone withdraw in favor of anybody?” he added.

Zamora also said he does not believe “anything was achieved” by the presser.

“I think it’s just an afterthought in Mayor Moreno to be calling for the withdrawal of VP Leni. I think that’s how the conversation went. As he explained, I think he’s playing the blame on the reporters who kept asking questions,” Zamora said.

Asked if he believes it is fair to blame the media, Zamora said: “I don’t think so.”