In Bulacan, Angat Dam level drops due to lack of rainfall 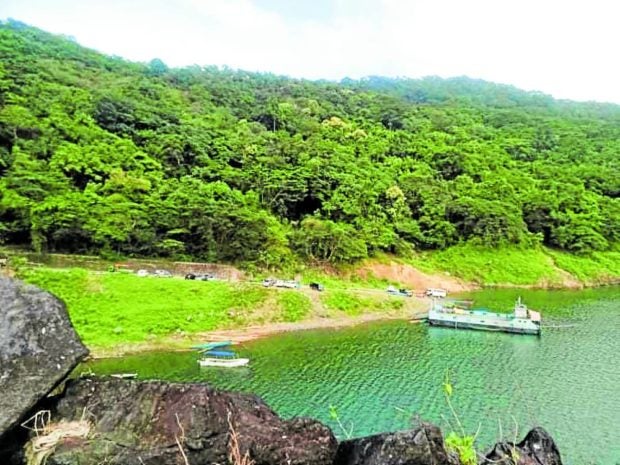 DIPPING The watershed around Angat Dam in Bulacan province is seen in this photo taken in November 2021. The level at the water reservoir is sliding due to lack of rainfall, threatening the supply of water to Metro Manila and nearby provinces like Bulacan and Pampanga. —CARMELA REYES-ESTROPE

CITY OF MALOLOS, Bulacan, Philippines — The water level at Angat Dam remained below its normal high of 212 meters above sea level as the state weather bureau announced that the country would not experience rain in the next five days.

As of 8 a.m. on Monday, the dam’s elevation stood at 195.05 masl based on data from the Metropolitan Waterworks and Sewerage System (MWSS). The MWSS distributes the dam’s stored water to its concessionaires, Maynilad Water Services Inc. and Manila Water Co.

Since April 11, the dam’s reservoir has dropped by .33 meters. On April 4, the dam’s elevation dropped to 190 masl, the lowest so far this year.

Angat Dam, located in Norzagaray town of Bulacan province, supplies about 90 percent of the water requirement of Metro Manila and its adjacent provinces.

The National Water Resources Board, which manages and regulates all water resources and services in the country, is closely monitoring the dam’s level.

According to the Philippine Atmospheric, Geophysical and Astronomical Services Administration (Pagasa), the dropping water level at Angat Dam could trigger a water shortage in Metro Manila.

In a weather forecast issued by Pagasa on Sunday, it said most parts of the country would experience fair weather in the next three to five days.

Last month, Pagasa hydrologist Richard Orendain said the dam’s water could drop to less than the minimum operating standard of 180 masl by mid-May.

In an online climate outlook forum, Orendain noted there may not be enough rainfall to fill the dam by July, when the rainy season is supposed to have begun and the “below normal rainfall conditions” by July could cause a water shortage in areas that rely on it for supply.

Angat Dam is also the major source of irrigation for farmlands in the provinces of Pampanga and Bulacan.