Several presidential bets: No backing out of 2022 race | Inquirer News

MANILA, Philippines — Four presidential candidates on Easter Sunday declared that they will push through with their respective candidacies. 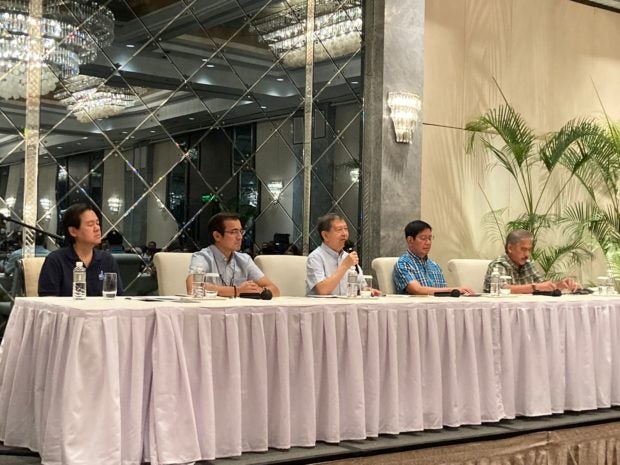 (There will be no withdrawals. Each of us will continue with our respective presidential campaigns and strive to be worthy of choices from which our people will select.)

According to the three presidential bets, allies of Vice President Leni Robredo asked them to withdraw from the race.

(He told me that he spoke with former spokesman Abella and Senator Manny Pacquiao, and the three of them shared their common experience that someone talked to them, asking them to withdraw. They will be given money and should campaign, and there is a budget.)

(I said, “that is what Mayor Isko and I have been talking about.”)

Lacson reminded the public that there are other choices aside from survey frontrunner former Senator Ferdinand “Bongbong” Marcos Jr. and Robredo who is the second preferred president among survey respondents.

Aside from announcing that they will be pushing through with their respective campaigns, Moreno, Lacson, Pacquiao, and Gonzales also pledged to combine their strengths to counter any attempt to subvert the people’s will by preemptive maneuvers or otherwise limit their choices.

They also gave their commitment to serve in the government of whoever among them will be chosen by the public as the next president.