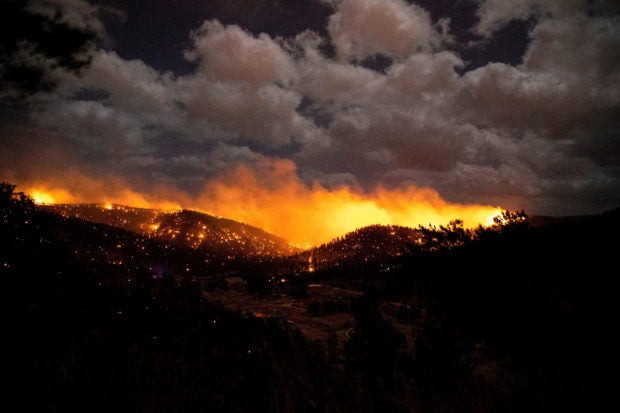 An elderly couple died in their home as they tried to evacuate a wildfire in Ruidoso, New Mexico, that has destroyed hundreds of houses and forced thousands to flee the mountain town, local officials said.

The remains of the couple were found on Thursday at their burned home in northeast Ruidoso after family members told police they had attempted to evacuate but were unaccounted for, New Mexico State Police said in a statement.

The couple, who were not identified, were the first reported fatalities of the so-called McBride Fire that has destroyed 207 homes and burned 5,736 acres (2,321 hectares) since it started on Tuesday, according to local authorities.

The fire has burned through forested canyons dotted with homes, fanned by traditional Spring-time winds gusting at up to 90 mph (144 kph).

Flames surrounded the town’s middle school on three sides and came close to classrooms on Tuesday as teachers and parents evacuated students, according to social media posts.

Like other southwestern states hit by climate change, New Mexico is suffering an early start to its fire season as blazes race through grassland and forests suffering their worst drought in 500 years.

Over 5,000 Ruidoso residents have been forced to leave homes in the resort town in the Sierra Blanca mountains some 135 miles (217 km) southeast of Albuquerque, according to local officials.

Firefighters rushed more crews to the blaze on Thursday and wind gusts were expected to drop to 20 mph, giving air tankers more chance to drop fire repellant, said Kerry Gladden, a spokeswoman for the community of 8,000.

“There are a lot of resources in town, we’re hoping to get air attacks up,” said Gladden.

The blaze is the most destructive New Mexico wildfire in a decade, in terms of property losses. It was among around 20 wildfires burning in West Texas, Southern Colorado, New Mexico, Arizona and Southern California on Thursday.