Russia slaps sanctions on 398 members of US Congress | Inquirer News

Russia slaps sanctions on 398 members of US Congress 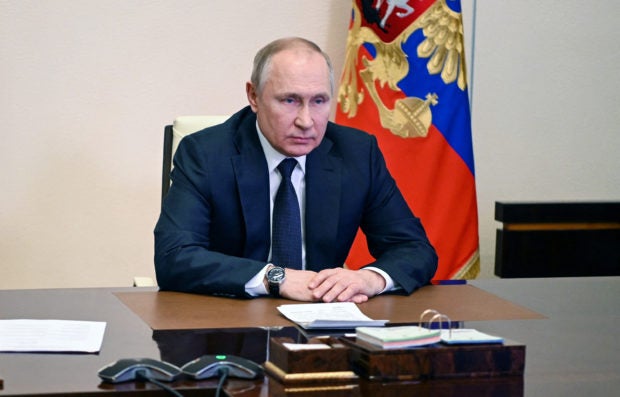 Russian President Vladimir Putin chairs a meeting with members of the Security Council via teleconference call at the Novo-Ogaryovo state residence outside Moscow, Russia on March 3, 2022. AFP FILE PHOTO

MOSCOW — Russia said Wednesday it had introduced sanctions against 398 members of the US Congress in retaliation against Washington’s punitive measures over Ukraine and said more sanctions would follow.

“Taking into account the sanctions the US is constantly introducing, further announcements of Russian countermeasures are planned in the near future,” the foreign ministry in Moscow said in a statement, adding the sanctions included a ban on entry.

In a separate statement, the foreign ministry said that it had introduced sanctions against 87 members of the Senate of Canada and more measures will be announced soon due to Ottawa’s “short-sighted” policies.

After Russian President Vladimir Putin sent troops to pro-Western Ukraine on February 24, the West slapped debilitating sanctions on Moscow including the exclusion of several banks from the SWIFT messaging system, a coal embargo and new restrictions on investments.

In coordinated action, Western countries have also announced the expulsion of dozens of Russian diplomats suspected of spying.

On Wednesday, Russia said it was expelling a senior Czech diplomat from the EU country’s embassy in Moscow in a retaliatory step.