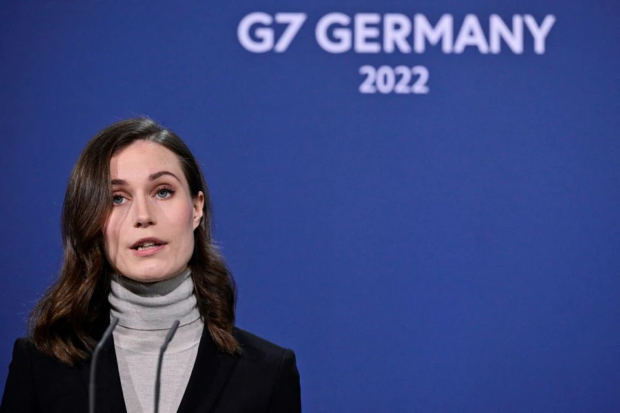 STOCKHOLM/HELSINKI — Finland will take a decision about whether to apply to join the U.S.-led Nato alliance in the next few weeks, Prime Minister Sanna Marin said on Wednesday, underlining a shift in security perspectives since Russia’s invasion of Ukraine.

Finland and fellow Nordic state and neighbor Sweden are close partners with Nato but have shied away from joining the 30-member alliance, founded in 1949 to counter the Soviet Union during the Cold War.

“We have to be prepared for all kinds of actions from Russia,” Marin told reporters at a joint news conference in Stockholm with her Swedish counterpart.

She said the option to join Nato had to be carefully analyzed but that everything had changed when Russian forces invaded Ukraine in late February.

“The difference between being a partner and being a member is very clear and will remain so. There is no other way to have security guarantees than under Nato’s deterrence and common defense as guaranteed by Nato’s Article 5,” she said.

“I won’t give any kind of timetable when we will make our decisions, but I think it will happen quite fast – within weeks not within months,” said Marin, whose country shares a 1,300-km (810-mile)-long border with Russia to the east.

She said it was important to reach consensus in Finland, which fought Soviet invaders during World War Two and has been militarily non-aligned since then, and that political parties would have internal talks and in parliament in coming weeks.

Public opinion in Finland has taken a U-turn on Nato, with the most recent poll by private broadcaster MTV showing 68% of respondents in favor of joining, with only 12% against.

“Yeah, I used to be against joining Nato. But, today, I think it’s a reasonable choice,” Ville Pohjonen, chief creative officer for a media firm, told Reuters in Helsinki.

Student Antti Laulaja said: “Yes, definitely, I think Russia has shown its true face, so I think we should join Nato.”

A Finnish government white paper update of its foreign and security policy, published on Wednesday, said Russia’s invasion had profoundly changed the security situation, but made no recommendation regarding joining Nato.

Finland and Sweden, which is also reviewing its security policy with conclusions expected toward the end of May, both take part in Nato exercises and crisis management initiatives as well as exchange intelligence with the alliance.

But until recently the two Nordic neighbors felt peace was best kept by not publicly choosing sides.

Swedish Prime Minister Magdalena Andersson said there were pros and cons of being a member of Nato though the main advantage was the security of Article 5, under which the alliance regards an attack on one member as an attack on all.

Sweden was a neutral state during World War Two and has not fought a war for over 200 years.

Russia has repeatedly warned both countries against joining Nato. Kremlin spokesperson Dmitry Peskov has said that if Finland and Sweden entered Nato, Russia would have to “rebalance the situation” with its own measures.

Russia closes in on Mariupol as part of eastern Ukraine offensive