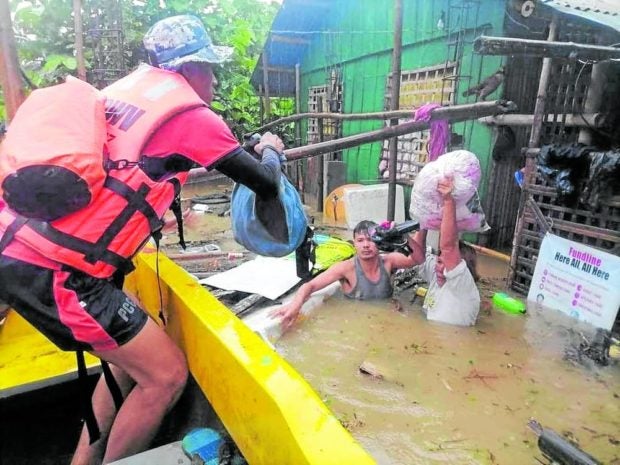 NDRRMC spokesman Mark Timbal said that of the total death toll, 37 were recorded in Leyte province, while three were in Central Visayas and three were in Davao Region.

Timbal however clarified that this number is still subject for validation.

Based on the latest situation report of the NDRRMC, seven individuals are missing while eight have been injured due to Agaton, which weakened into a low-pressure area on Tuesday night.

A total of 34,583 people were evacuated and are currently staying in 348 evacuation centers.

The estimated cost of damage to agriculture was pegged at P51,398,517.

The government has already extended P21-million worth of humanitarian assistance to individuals affected by Agaton, Timbal added.

The NDRRMC is currently conducting search and rescue in Tanay Island, Capiz and Iloilo.

Timbal said the agency has recorded about 400 flooding situations and 43 landslides in different regions.

Based on the severe weather bulletin of the Philippine Atmospheric, Geophysical and Astronomical Services Administration, heavy rainfall can still be expected even as Agaton weakens into a low pressure area.

However, all tropical cyclone warning signals have been lifted.