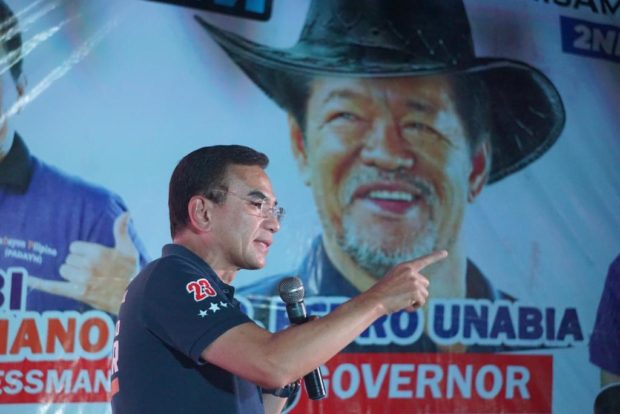 MANILA, Philippines — Former PNP chief and senatorial candidate Guillermo Lorenzo Eleazar called on the National Disaster Risk Reduction and Management Council (NDRRMC) to release comprehensive and timely reports on the effects of Tropical Depression “Agaton” so that other local government units (LGUs) that are on the typhoon’s path can also prepare.

Eleazar acknowledged the regular issuance of mobile alerts of NDRRMC about the location of Agaton but he said that equally important is the reporting on the effects of the typhoon, including the number of casualties and evacuees, as well as which areas have been flooded and hit by landslides.

On Monday, the NDRRMC reported that three persons have died due to Agaton – all of them were reported in Davao region.

But reports from the ground indicate that at least 23 have already perished when Agaton hit Visayas.

Most of the fatalities were recorded in Eastern Visayas (Region 8) after three residential houses in Baybay City, Leyte got buried in a landslide.

Meanwhile, more than 136,000 individuals were affected by the typhoon and at least 13,000 of them were staying in evacuation centers.

He was referring to the typhoon that was still outside the PAR and has an international name of “Malakas.” It was located at about 1,270 kilometers east of Southern Luzon as of Monday night, and will be called Typhoon “Basyang” when it enters the PAR.

According to the Philippine Atmospheric, Geophysical and Astronomical Services Administration (PAGASA), Agaton and “Malakas” might have an interaction through the Fujiwhara effect, which means that two storms with similar strength meet and orbit around a central point before they merge.