‘Ghost guns’: What you need to know as Biden clamps down | Inquirer News
Close
menu
search

‘Ghost guns’: What you need to know as Biden clamps down 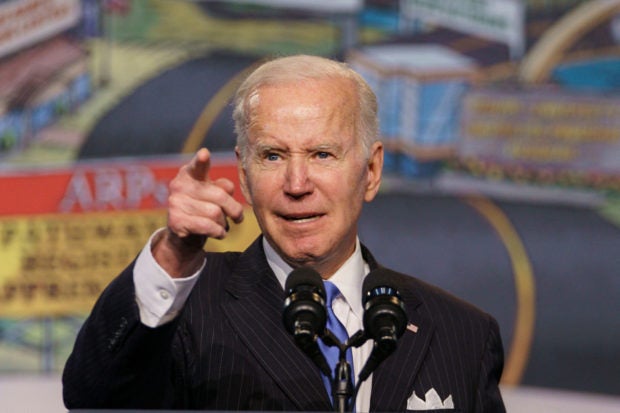 WASHINGTON—President Joe Biden announced new measures Monday to clamp down on so-called “ghost guns,” seeking to staunch the flow of weaponry that helps fuel an epidemic of violence in the United States.

The executive order ramps up restrictions on firearms that can be made at home in a matter of minutes by anyone with a few hundred dollars and an internet connection.

Here’s what you need to know about ghost guns:

What is a ghost gun?

Traditional guns sold in the United States are either produced by licensed manufacturers, or imported from abroad.

Both kinds are sold by licensed gun dealers and both must have a serial number, usually engraved on the frame.

This serial number allows law enforcement to trace any weapon found to have been involved in a crime.

Ghost guns — also called “80-percent guns” — are sold as unfinished products, with the final assembly completed by the end user.

Crucially, they have no serial number, and, because they are not classified as guns during the retail process, the kits do not require a license or a background check.

Readily available online, they have quickly become the go-to solution for people barred from buying a weapon because of a criminal record or their age.

How difficult is it to get hold of one?

A study by Everytown for Gun Safety, an organization that campaigns to reduce gun violence, found that a kit to assemble an AR-15 rifle — one of the most popular models in the United States, and often used in mass shootings — can cost less than $400.

An online pitch for the weapon boasts how easy it is to assemble, according to the study.

“Building… doesn’t take too long. Within an hour or two, you should be breaking it in at the range.”

Anyone needing more instructions need look no further than YouTube, where tutorials with hundreds of thousands of views are not hard to find.

Are there many of them?

No one knows. Because of ghost guns’ lack of serial numbers, the fact that they are not regulated and that you do not need a background check to get one, there are no records on the number in circulation.

But police forces around the United States are noticing a big uptick in the number of ghost guns they are seizing.

According to the Bureau of Alcohol, Tobacco, Firearms and Explosives — the government body that regulates gun sales on a federal level — two-thirds of the ghost guns seized in the United States in 2020 were in California.

“California is sort of the epicenter” of this epidemic, says Adam Skaggs, legal director of Giffords Law Center — a non-profit named after Gabby Giffords, a former US representative who was seriously wounded in a 2011 shooting.

Law enforcement officials nationally say the number of times ghost guns have appeared in police reports doubled between 2020 and 2021.

What is being done?

Several cities have passed laws limiting or banning the sale of weapon kits; they include San Francisco, San Diego and Los Angeles.

But now the federal government is taking on the issue.

The White House is set to announce that weapon kits will be subject to the same requirements as commercially available, fully assembled guns.

Dealers selling these kits will now be required to conduct a background check on prospective buyers.

Gun kit manufacturers must also include a serial number on key weapon components, while licensed dealers who take a ghost gun into their inventory must add a serial number.