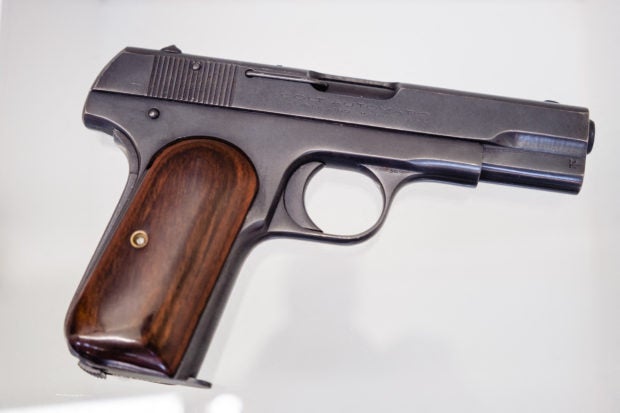 WASHINGTON — A three-year-old American child accidentally shot and killed his mother while playing with a gun in the suburbs of Chicago, police said Monday.

The tragedy, all too common in the United States, took place on Saturday evening in the parking lot of a supermarket in Dolton, a suburb of the Midwestern city.

The young boy was sitting in the child-seat in the back of a car, with his parents in the front. Without anyone knowing how, he managed to get his hands on his father’s pistol.

The child “began playing with it inside the car. At some point the child pulled the trigger,” local police chief Robert Collins told AFP.

His mother, Daejah Bennett, 22, was shot in the back of the neck. She was rushed to a Chicago hospital where she was pronounced dead.

The father was taken into custody while police investigated whether he possessed the gun legally and whether he should be  charged, Collins said.

The death is just one in a staggering series of comparable accidents.

“Every year, hundreds of children in the United States gain access to unsecured, loaded guns in closets and nightstand drawers, in backpacks and purses, or just left out,” and shoot off rounds accidentally, according to a recent report by Everytown For Gun Safety.

The organization, which campaigns for better supervision of firearms and in particular for requirements that they be stored securely, estimates that “unintentional shootings” by minors cause an average of 350 deaths each year.

More generally, firearms are used in approximately 40,000 deaths a year in the United States, including suicides, according to the Gun Violence Archive website.