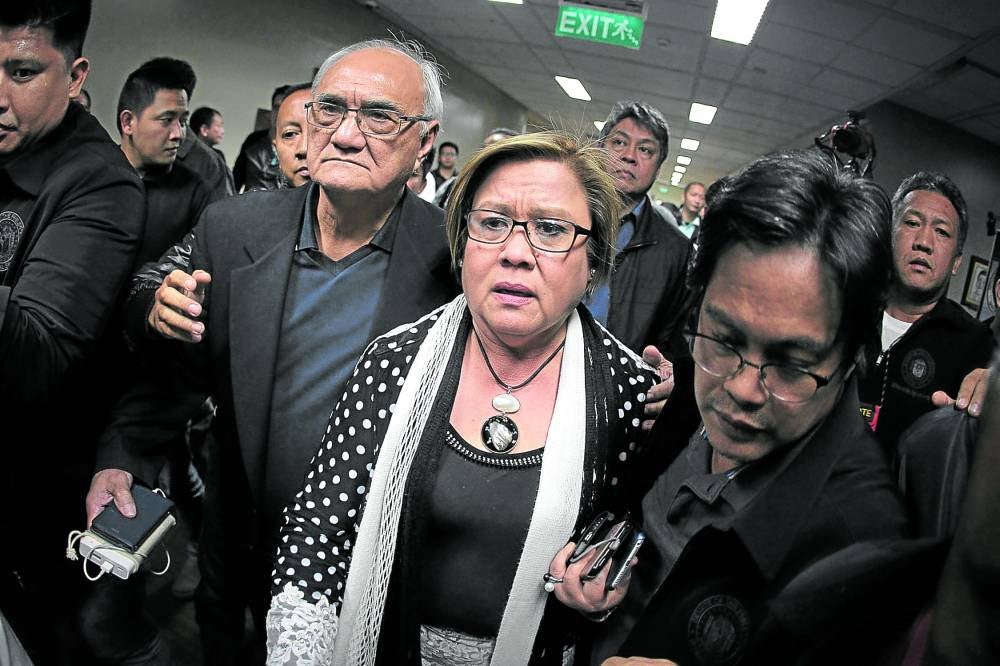 MANILA, Philippines – Senator Leila De Lima revealed Thursday that the tests she underwent at her routine general medical checkup yielded positive results, indicating that she does not have any severe or alarming health issues.

The routine checkup was conducted on April 5 and 6.

(The results of the annual routine checkup I just finished have come out. By the mercy of God, doctors have not seen any severe illness or disease. I am well, and I thank the Lord for continuously blessing me with good health.)

“I am grateful to my family, friends, and supporters for their prayers and compassion. My most profound gratitude is also to the doctors, nurses, and staff of Manila Doctors Hospital for taking good care of me. Maraming salamat (Thank you very much). Bukod sa dasal, kayo po ang nagpapalakas ng loob ko (Apart from prayer, you are the ones who encourage me),” she added.

De Lima was confined in the Manila Doctors Hospital for around 28 hours after the Muntinlupa Courts granted her motion for a medical furlough.

A chest X-ray, a computerized tomography (CT) scan, bone densitometry, doppler ultrasound, colonoscopy, mammogram, and other laboratory tests were among the medical procedures De Lima underwent during her recent furlough.

The senator added in her five-page motion that a general medical examination is necessary “in order to ensure that every aspect of her health is well and that she does not suffer from any serious illness, considering that she is already in her senior years.”

(I know that those who spread fake news about my health will not stop, that others have even shared that I have passed away due to illness. Along with this normal result of my checkup, I also pray for those behind the relentless lies against me.)

(I hope you are also aware of what you are doing, especially since you also have mothers, fathers, siblings, family members, and loved ones that you will not make a bad joke about their health and make it look like they have passed away. But thank you, you also inspire me to be more resilient and keep fighting.)

To recall, an impression of a liver mass was found on the senator on February 15, 2018, prompting her motion for a medical furlough on February 22 of the same year. Despite the impression that the liver mass is benign, De Lima was advised to have it checked yearly.

Last year, the senator also suffered from headaches and generalized weakness, which her doctors diagnosed as benign paroxysmal positional vertigo and reactive hypertension. It was also suggested that her examinations be performed again to ensure that her health issues did not reoccur. – Jericho Zafra, INQUIRER.net intern