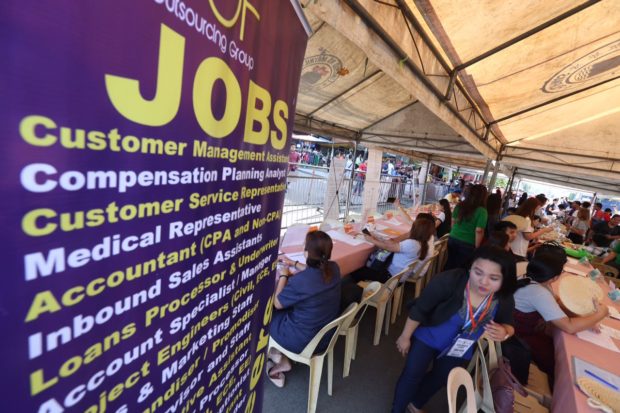 The PSA said the January 2022 unemployment rate was also at 6.4 percent.

The Department of Labor and Employment (DOLE) on Thursday said this current data is the outcome of the ease of alert level classification in February, among other developments.

“The virtually unchanged employment and unemployment rates may still be attributed to the alert level classifications throughout the month for most of the country,” the DOLE said in a statement.

The labor department added: “Travel restrictions for foreign travelers have been lifted, promising a boom in the tourism sector already en route to recovery. Also, the election campaign kicked off the same day as fieldwork for the latest [labor force survey] study began, 08 February, where DOLE sees an increase in labor demand from election spending.

The National Economic and Development Authority said the agency aims to shift the entire country to alert level 1 to decrease the number of unemployment.

“We aim to shift the entire country to alert level 1 to enable even more Filipinos to find work,” Socioeconomic Planning Secretary Karl Kendrick Chua said in a statement on Thursday.

“This will allow one-fourth of the parents who stay at home supporting their children during online classes to work. This is crucial in light of the temporary inflationary pressures we are experiencing due to the Russia-Ukraine conflict,” Chua added.