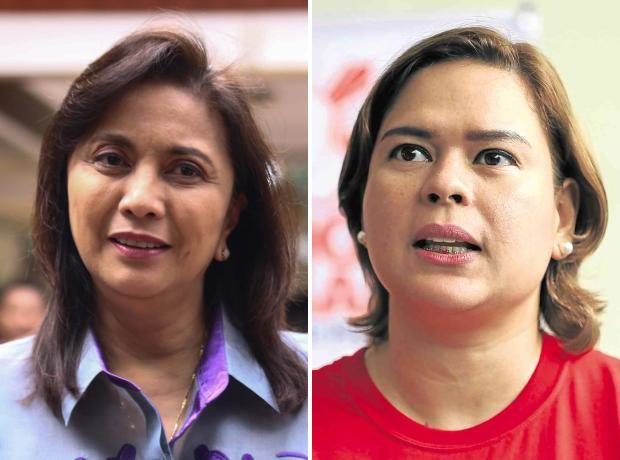 Robredo remained in the top spot in the past week with 41 percent, far above her closest rival, former Sen. Ferdinand Marcos Jr. with 29 percent.

Sen. Manny Pacquiao was in third place with 14 percent, followed by Manila Mayor Isko Moreno in fourth with 12 percent, and Sen. Panfilo Lacson in fifth with 4 percent.

A comparison chart of the searches for Robredo, Marcos, and Moreno showed that Robredo constantly led the two other candidates in terms of interest over time — which Google Trends describes as how popular a search term is for a specific period.

Under this metric, a term having a score of 100 means that it reached peak popularity, while a score of 50 means that the search term is half as popular.

Using data on the three candidates, Google Trends showed that Robredo got the biggest search interest share in the Bicol Region, with 63 percent compared to Marcos’ 27 percent and Moreno’s 10 percent.

Interestingly, Robredo was also ahead in search interest shares in Ilocos Region, long considered as a Marcos bailiwick.  Robredo’s lead however was small — having 48 percent share compared to Marcos’ 40 percent.

This is not the first time that Google Trends showed Robredo ahead of Marcos: Early in March, Robredo got a 38 percent share compared to the former senator’s 28 percent.

In the vice-presidential race, Duterte-Carpio had a huge 56 percent, followed by Sen. Francis Pangilinan in second with 22 percent, and Senate President Vicente Sotto III in third with 14 percent.

A similar comparison of the three vice-presidential bets also showed Duterte-Carpio leading in terms of interest over time: from March 30 to April 6, Duterte-Carpio averaged a score of 38, Pangilinan with 15, and Sotto with 10.

Duterte-Carpio got an overwhelming share in searches per region: She got 84 percent in Davao Region, her home region, compared to Pangilinan’s 10 percent and Sotto’s 6 percent.,

Even in Robredo’s home region of Bicol, her running mate Pangilinan did not do too well with 33 percent compared to Duterte-Carpio with 50 percent.

Sotto’s strongest performance was in Mimaropa with 22 percent, but he was still behind Pangilinan’s 31 percent and Duterte-Carpio’s 47 percent.

As of Wednesday, the most popular topic for candidates is still education with a score of 100, followed by economy with 53 and illegal drugs with 47.

Some people believe that Google Trends is an accurate reflection of electoral choices. Robredo supporters claimed that it predicted a victory back in 2016 of the presidential bid of Donald Trump.

But the Google Trends data provided only takes into account search entries.

As to the Pulse Asia survey, Robredo is still a far second to Marcos, although a survey released earlier showed that the vice president’s voter share as of March had increased by nine percentage points, while Marcos lost four percentage points.

Behind the two frontrunners are Moreno with 8 percent, Pacquiao with 6 percent, and Lacson with 2 percent.

Duterte-Carpio also leads in the Pulse Asi survey, widening the gap between her and Sotto.