Palace exec: Cimatu resigned from DENR due to health reasons, not corruption 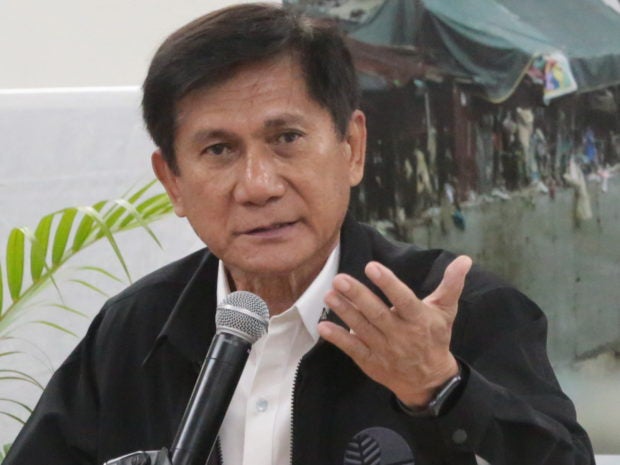 MANILA, Philippines — Malacañang on Friday insisted that former Environment Secretary Roy Cimatu resigned from his post due to health reasons and not because of allegations of corruption.

President Rodrigo Duterte also commended Cimatu in the “successful transformation and clean-up of Boracay and Manila Bay,” he added.

“There is therefore no truth to the insinuation and /or rumor of his involvement in corruption,” Andanar said in a statement.

Andanar’s statement came after Duterte spoke about his sacking of some members of his Cabinet during a meeting in Lapulapu City with officials from the anti-insurgency task force in Central Visayas.

Duterte acknowledged Cimatu’s replacement, Acting Secretary Jim Sampulna, before bringing up that he has fired up to six Cabinet members due to alleged corruption.

“When I became President, I heard reports of corruption. So si [Acting Environment] Secretary [Jim] Sampulna is new because I fired them all. I won’t name anybody because it’s painful for them for this to have happened. But you know, whether you helped me during the elections or contributed something good, I am very thankful,” he said in Cebuano.