P374K worth of ‘shabu’ seized in Pampanga buy-bust 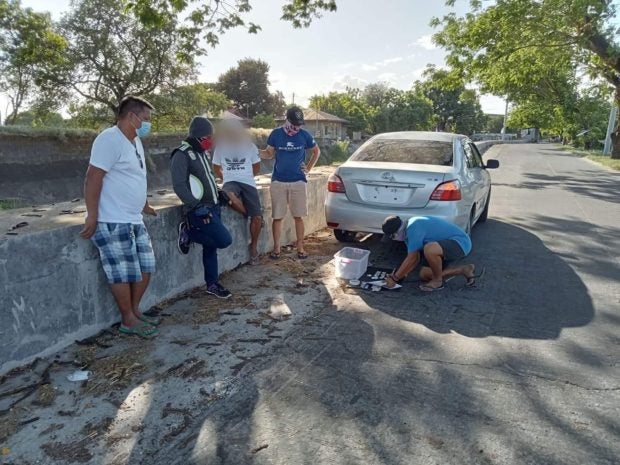 MABALACAT CITY, Pampanga––Undercover policemen seized about P374,000 worth of “shabu” (crystal meth) in a buy-bust operation that led to the arrest on Wednesday, March 30, of a suspected drug peddler in Guagua town, this province.

In a statement, the Central Luzon police identified the arrested suspect as Angelito Bartolo, 60, of Guagua town.

The police arrested the suspect after he allegedly sold a sachet of shabu to an undercover police operative in San Jose village.

Allegedly confiscated from the suspects were 12 small sachets of shabu with a combined weight of 55 grams. Also recovered were the marked peso bills used in the buy-bust.

The suspect faces charges for alleged violations of the Comprehensive Dangerous Drugs Act of 2002.