Fishers not afraid to sail to Panatag despite PH-China row 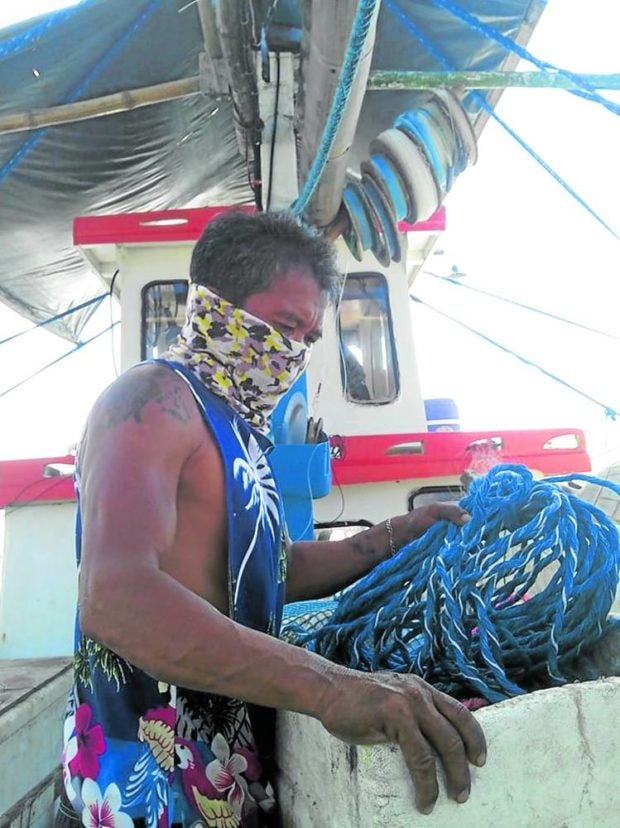 FISHING TRIP Fisherman Romulo Ferrer of Infanta, Pangasinan, prepares his gear for another trip to the disputed Panatag (Scarborough) Shoal in this photo taken on Monday. —CONTRIBUTED PHOTO

DAGUPAN CITY, Pangasinan, Philippines — Fishermen from the coastal provinces of Pangasinan and Zambales remained undeterred by the latest tension between the government and China over territorial disputes in the West Philippine Sea.

Romulo Ferrer, a fisherman from Barangay Cato in Infanta, Pangasinan, said they would continue to sail to the contested, Panatag (Scarborough) Shoal, or Bajo de Masinloc, to locals, despite recent incidents involving the coast guards of the Philippines and China.

China, however, has warned the PCG against “interfering” with its patrols at the shoal, saying the area is part of Chinese territory.

Ferrer said the maritime incident would not hamper their fishing trips to the shoal, which is located some 239 kilometers from Infanta.

“We are not afraid [to go to Panatag]. That is where our livelihood is. In fact, we are returning to the shoal on April 1,” Ferrer told the Inquirer in a telephone interview on Wednesday.

According to Ferrer, there were at least 25 fishing vessels in the vicinity of Panatag as of Wednesday, and most of the fishermen were from Pangasinan, Zambales, and Bataan.

The PCG has not prohibited Infanta fishermen from sailing to the West Philippine Sea, particularly to the shoal, said Napoleon Domalanta, village chief of Cato.

“In fact, a fishing boat just arrived from Scarborough the other day. The operator did not report encountering any trouble at the shoal,” Domalanta said in a separate interview.

Eric Naboa, president of the Cato Infanta Fishermen’s Association Inc., said fishermen who were still at the shoal had not relayed any reports of untoward incidents. 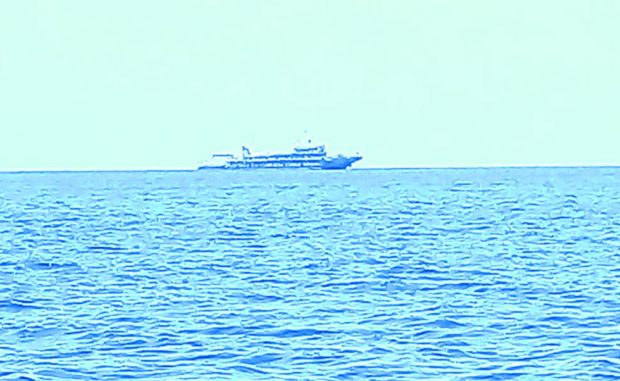 Chinese fishing vessel is seen in the waters near the shoal on March 22.—CONTRIBUTED PHOTO

“We’re monitoring them through radio communication, and so far there are no reports of any trouble,” Naboa said.

In Zambales, fisherman Bobby Roldan from Masinloc town said they were emboldened to face the Chinese patrols in the West Philippine Sea amid the ongoing tension at Panatag.

Roldan, also vice chair of fisherfolk group Pamalakaya for Luzon, said any untoward action from Chinese forces would be met with “strong, collective and diplomatic actions from the Filipino fisherfolk.”

“It is China that should be compelled to honor the decision of international arbitration that invalidated its nine-dash-line claim,” Roldan told the Inquirer.

China, which has sweeping claims in nearly all of the South China Sea, including parts of the West Philippine Sea inside the country’s exclusive economic zone, seized control of the shoal in 2012 after a standoff with the Philippine Navy, prompting the country to seek arbitration from the United Nations.

“They never respect this legally binding decision in favor of the Philippines,” Roldan said.