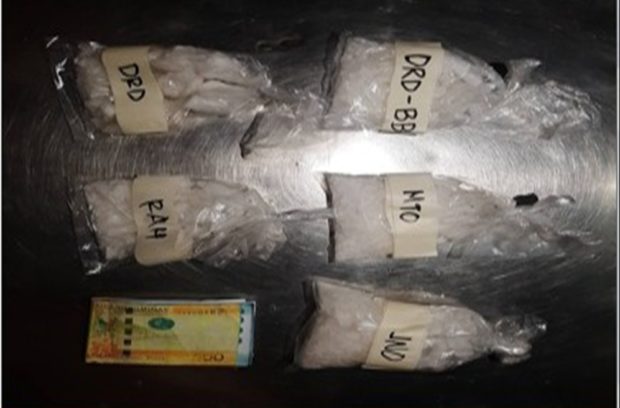 This photo provided by the Philippine National Police shows the boodle money and suspected crystal meth or “shabu” confiscated during an anti-illegal drug operation in Cavite province on Tuesday, March 29, 2022.

They were collared during a joint anti-drug operation of the Provincial Intelligence Unit and Provincial Drug Enforcement Unit of Cavite Police Office and GMA Municipal Police Station in Barangay Maderan, GMA, Cavite on Tuesday, March 29.

Authorities said P2.04 million worth of shabu and other drug paraphernalia were confiscated during the operation.

“This relentless effort to curb the proliferation of illegal drugs is reaping positive results one after the other,” PNP chief Gen. Dionardo Carlos said in a statement.

“Police have been confiscating millions worth of these illegal substances. I laud our personnel for the successful operations,” he added.

The four suspects will be charged for violating provisions of the Republic Act 9165 (Comprehensive Dangerous Drugs Act of 2002), according to the PNP.

240 kilos of ‘shabu’ worth P1.6 billion seized from 2 suspects in Cavite