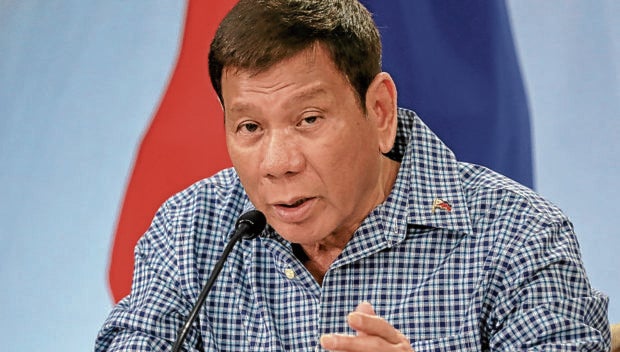 Acting presidential spokesman Martin Andanar said the President has access to all forms of information, including those from the intelligence community.

(We believe that this has a basis and the purpose of the President is to protect college students who are being recruited by communist groups.)

In his regular public address, Duterte said: “You can see it in their behavior and the way they espouse their advocacy for the Left. Their drift is really toward the Left,” referring to party-list groups Kabataan, Anakpawis, Bayan Muna, Alliance of Concerned Teachers (ACT), and Gabriela.

“The problem is they are supporting, or they are really like legal fronts of the Communist Party of the Philippines… I am sorry to say, I have a lot of friends there. I respect them. But they know that I know who they support through this backdoor, this alliance with the government,” he added.

In response, Bayan Muna Rep. Carlos Zarate said Duterte’s remark is “clearly a partisan ploy” not only to attack the Makabayan bloc but to “attack the opposition.”

Complaints vs Badoy, 8 other execs filed before Comelec