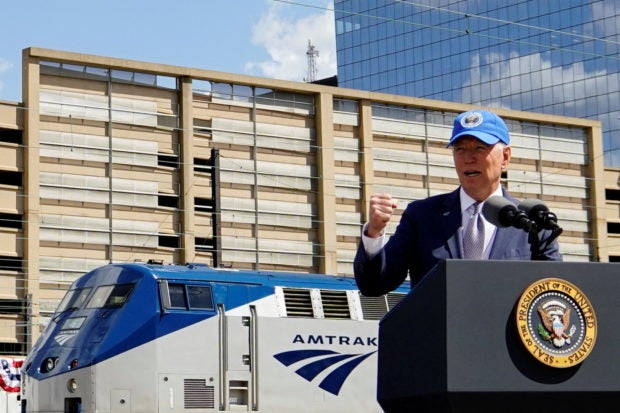 WASHINGTON — The U.S. Transportation Department budget released on Monday calls for an initial $100 million for a $12.3-billion project that aims to build a new railway tunnel between New York City and New Jersey and reconstruct an existing one.

The Biden administration is also calling for increasing U.S. passenger railroad Amtrak’s funding on top of the $22 billion approved under the $1 trillion bipartisan infrastructure bill.

Amtrak, which would get $7.4 billion in total for 2023 including the infrastructure bill funding, wants to expand dramatically across the United States and add up to 39 corridor routes and up to 166 cities by 2035.

The $100 million would mark the first-time federal support for the Hudson Tunnel project. The Biden administration is also proposing $400 million for the $6.9 billion Second Avenue Subway extension.

The Hudson tunnel project has been the subject of a decade-long debate in Washington since a more than century-old New York City-area rail tunnel was damaged in 2012 when a massive storm flooded parts of the city.

The tunnel project is one of a series of improvements known as “Gateway” to the New York City-area part of the northeast rail corridor, which runs from Washington, D.C., through New York to Boston.

The Hudson River tunnel project would double the number of tracks in the tunnel from two to four and permit closing the existing tunnels one at a time for critical repairs.

Former Republican President Donald Trump sparred with Democrats over the Hudson River tunnel project and he did not agree to fund it.