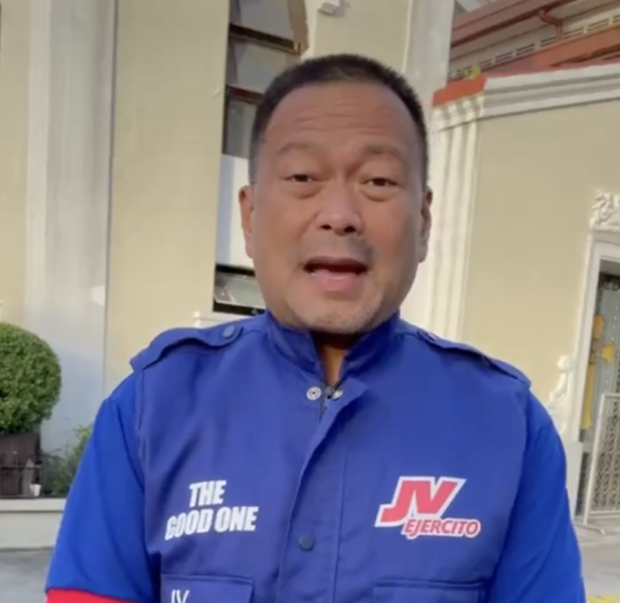 MANILA, Philippines — Senatorial candidate JV Ejercito on Monday emphasized the importance of stimulating economic growth in the countryside, noting that the reasons for the decades-long insurgency were poverty and lack of opportunities.

Ejercito said he is supporting the National Task Force to End Local Communist Armed Conflict (NTF-Elcac), claiming that he has visited some areas in the country where there is an insurgency and those areas are in favor of the government task force.

But he quickly noted that the links of the NTF-Elcac to red-tagging controversies need to be “studied.”

“According to them, it has really helped them in their anti-insurgency by having more development and more funding to projects in their areas. So, in that manner, I would support,” Ejercito said in an interview with ABS-CBN News Channel.

“But I think the red-tagging has to be studied further. We just don’t red-tag just for political reasons,” he added.

“I wouldn’t prioritize NTF-Elcac,” Ejercito nevertheless said. “I still believe that the reason for why there is insurgency, for example, in Mindanao—insurgency in the eastern side, rebellion in western and central Mindanao—through the decades is because of poverty and lack of opportunities.”

“So I still believe that we really have to stimulate economic growth in the countryside,” he also said.

Several senators have earlier called for the defunding of the NTF-Elcac amid controversies hounding the task force, particularly cases of red-tagging.

Meanwhile, Ejercito said the government should weigh the revenue benefits and social impact of e-sabong in light of the case of the missing “sabungeros” (cockfighters).

“We really have to weigh things, especially the social costs that the e-sabong is causing. A lot of poor people are being affected because of being lured into gambling,” Ejercito said.

“In case I make it to the Senate, we have to weigh the pros and cons and its potential revenue. Of course, I’d be happy if it will be channeled to Universal Healthcare [Law] but we have to also consider the social cost that this new gaming activity has brought out in the present times,” he added, referring to the Universal Healthcare Law which he co-authored that aimed to give all Filipinos health care coverage and benefits.

Asked where he stands on e-sabong, Ejercito said: “If we have to weigh the revenues that will be generated and also the social cost, probably I will always side with the social cost.”

“If it will affect the poorer sector of the society, it will not be worth it,” Ejercito said.