Robredo: Where were the other bets before the campaign period started? | Inquirer News

Robredo: Where were the other bets before the campaign period started? 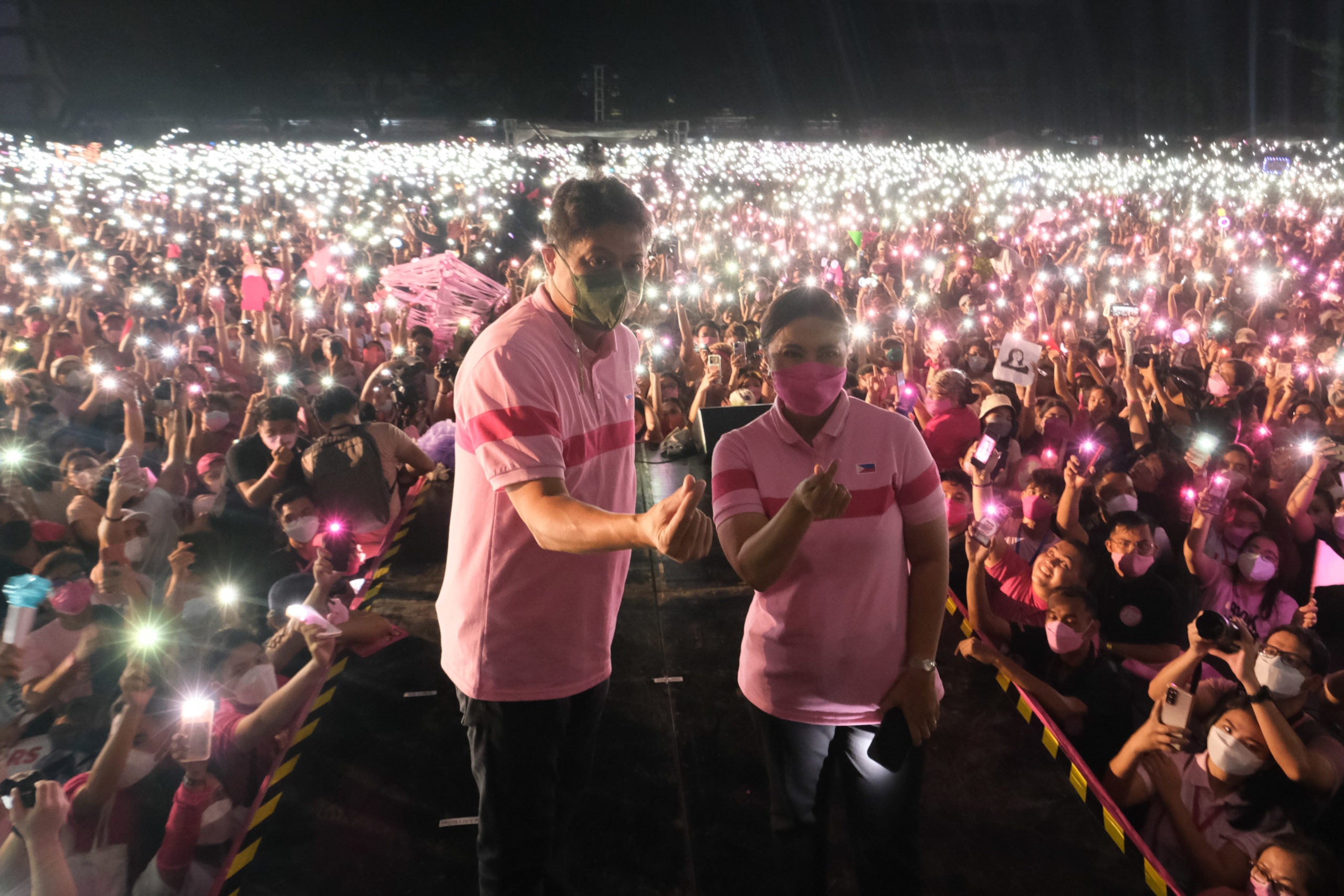 Thousands turned out for the Camanava Rock and Rosas rally for presidential candidate Vice President Leni Robredo and her running mate, Senator Kiko Pangilinan. Some of the country’s most influential local bands and artists volunteered to perform for the Leni-Kiko tandem during the event held at the Notre Dame of Greater Manila open field in Caloocan City on Saturday, March 26, 2022. (VP Leni Media Bureau)

MANILA, Philippines — Vice President Leni Robredo urged voters to ask her rivals in the presidential race what they did and where they were before the campaign period started.

At the “Camanava Rock and Rosas” concert rally at the Notre Dame of Greater Manila and St. Mary’s Academy of Caloocan City open fields on Saturday night, Robredo said she provided assistance, particularly medical aid, to Caloocan City despite losing in the Camanava (Caloocan, Malabon, Navotas, Valenzuela) area during the 2016 vice-presidential election.

Robredo said that after the 2016 vice presidential race where she lost in the Camanava, she looked past party colors and tried to provide programs that would help everybody in the area.

Robredo’s speech also appeared to be the shortest in any of her rallies, after she cut it short to mark Earth Hour.

Before the concert, members of Robredo’s slate for the 2022 national elections visited other areas in the cities of Malabon, Navotas, and Valenzuela, before converging at the Monumento Circle in Caloocan. Robredo’s running mate Senator Francis Pangilinan was also at the venue for the campaign.

Before Robredo went onstage, she also met with Elmer Cordero, known as “Tatay Elmer”, one of the jeepney drivers from the Piston 6 group who were arrested in 2020 for protesting the transport ban amid the pandemic.

Robredo’s campaign in the Camanava area would prove crucial to her campaign, as the area has a large voting population.  For the 2022 national elections, Caloocan City alone has over 700,000 registered voters, making it the fourth-most vote rich city in the country, according to the Commission on Elections (Comelec).

Figures from the Comelec show that during the 2016 vice presidential race where Robredo faced off with former senator Bongbong Marcos — her opponent once again in the 2022 presidential elections — the incumbent Vice President lost in the National Capital Region (NCR) by 817,000 votes.