On its own, Comelec to file raps vs vote-buying | Inquirer News

On its own, Comelec to file raps vs vote-buying 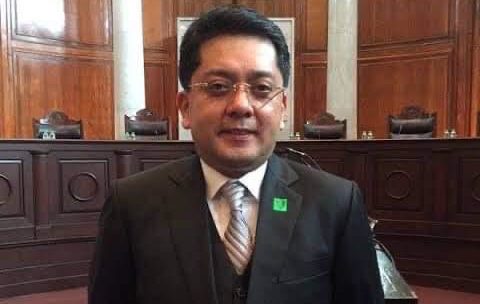 The Commission on Elections (Comelec) will file charges motu proprio, or on its own, against violators of campaign rules even as it prepares to launch the interagency task force “Kontra Bigay” that will act on formal complaints.

Comelec Commissioner George Garcia said campaign violations had been “so far manageable,” but stressed that the poll body would be “serious” in its resolve to go after election offenders.

Asked if the Comelec planned to file complaints on its own against campaign violators, Garcia said in a message to reporters: “Yes. The seriousness of our resolve should never be underestimated by everyone.”

He also said the poll body would activate Kontra Bigay (Against Vote-Buying) next week.

It will be composed of representatives of the Comelec, Department of Justice, Department of the Interior and Local Government (DILG), National Bureau of Investigation, Philippine National Police, Armed Forces of the Philippines, Presidential Anti-Corruption Commission and Philippine Information Agency.

Formal complaints may be filed at the Comelec law department or any of the agencies that are part of Kontra Bigay, said Garcia, who was an election lawyer before his appointment to the poll body.

“Because of these broad coordinative efforts, immediate actions motu proprio or based on formal complaints involving vote-buying [are] expected. As we have said before, our commitment in eliminating this irregularity is unparalleled,” he said.

Garcia, who previously served as election lawyer for Marcos Jr., has said that he would not participate in cases involving the son of the late dictator.

With the election campaign for local candidates starting on Friday, even the Communist Party of the Philippines (CPP) has announced that it would target politicians engaged in vote-buying and in maintaining armed bodyguards.

“The aim of these policies is to ensure that election campaigns are conducted in an orderly manner and not used to sow violence and terror among the people,” CPP chief information officer Marco Valbuena said in a statement.

Valbuena said the New People’s Army (NPA), the CPP’s armed wing, had “received its orders” and was “ready to firmly enforce these policies.”

“Armed escorts are not allowed during the campaign period in order to prevent them from subjecting people to armed intimidation,” he said, adding that politicians should “strictly abide by these policies if they wish to avoid armed encounters during their campaign sorties.”

NPA units have been ordered to apprehend or reprimand politicians caught in the act of vote-buying. The money is to be seized by the insurgents, who will ensure that it will be spent on “programs beneficial to the community”

“Vote-buying is prohibited in the revolutionary areas because it is typically accompanied by intimidation or coercion. It furthermore tends to sow disunity and bickering among the people. with some receiving more than the others,” Valbuena said.

“In the countryside, it takes advantage of the people’s desperate straits, reinforces feudal social relations and perpetuates patronage politics that favor the ruling classes,” he added.

But the DILG said that the public should not be intimidated by the CPP-NPA, and that the police and military would ensure the safe and peaceful conduct of the May elections.

Interior Secretary Eduardo Año said more government troops would be deployed to “40 to 50 areas” considered as election hot spots across the country.

Año also warned all candidates not to pay extortion money, or the so-called permit to campaign fees of the CPP-NPA.

Giving money, even by extortion, to the insurgents is an election offense that can lead to a candidate’s disqualification, the DILG chief said.

It is a violation of Republic Act No. 10168, or the Terrorism Financing Prevention and Suppression Act of 2012, which is punishable by imprisonment of up to 40 years, and a fine of P1 million.

In February, the PNP submitted its initial list of areas to be included in the election watch list. But before it is released by the Comelec, the list has to be validated and assessed by the military.

These areas will be put into four color-coded categories— green, yellow, orange and red— in the order of increasing security concern.

Green areas are considered generally peaceful for the conduct of the polls. Yellow areas, also called “areas of concern,” have seen poll-related violence in the past two elections.

Orange areas, considered “areas of immediate concern,” have a recorded presence of armed groups, including the NPA, that may interrupt the peaceful conduct of elections.

Red areas meet the parameters for both yellow and orange areas. They are considered “areas of grave concern” and will be placed under Comelec control.