Mar Roxas on Leni Robredo: ‘Support her, raise her up, choose her’ 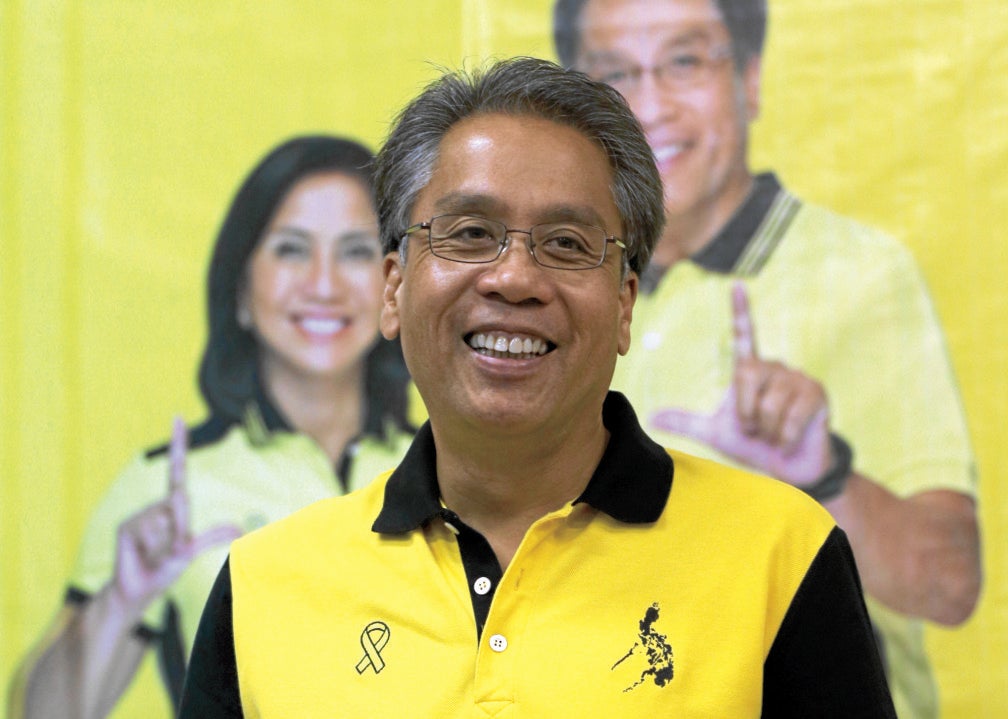 Former Interior Secretary Mar Roxas on Friday exhorted his provincemates in Capiz to rally behind Vice President Leni Robredo, reiterating that she possessed the qualities of a leader that the country needs for the next six years.

In a rare public appearance, Roxas joined the proclamation rally of his chosen local candidates in his hometown of Roxas City, one of the bailiwicks of the opposition Liberal Party in Western Visayas.

“Let us support her, raise her up, choose her. (Let’s) give our full support to Leni Robredo,” Roxas said in Hiligaynon.

He said it was time for his “kasimanwas” (provincemates) to show their gratitude to Robredo and her fellow Bicolanos, who had supported his failed presidential bid in 2016.

Then the standard-bearer of the administration party, Roxas personally chose Robredo, then a political neophyte, to be his running mate, a decision that proved auspicious.

“During that time, the very first and the most important decision that someone running for president needed to make was to choose his running mate,” Roxas said in Hiligaynon.

Roxas, who has since retired from politics after losing in the 2019 senatorial race, said he was “truly proud” of Robredo, who was unexpectedly thrusted into politics following the tragic death of her husband, the late Interior Secretary Jesse Robredo, in a plane crash in 2012.

“In 2016, (Robredo) and her ‘kasimanwas’ in Bicol were true to us. They gave us victory there in their place. In the same way, we also gave her victory here (in Capiz),” Roxas said.

“So I am appealing to all of you that in the upcoming elections, let us show our acknowledgement and affirmation of (Robredo), her capacities, her love for us and for her being true to our electoral bid (in 2016),” he added.