‘Mawalan ka ng stamina:’ Duterte calls those aspiring to be president as ‘foolish’ 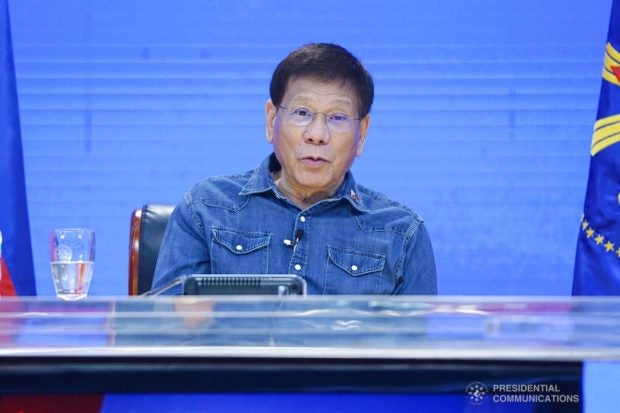 MANILA, Philippines — President Rodrigo Duterte on Friday called anyone dreaming of becoming president as “foolish” as he cited the challenges that come with the job, including late nights reading documents.

“Ang taong magambisyong presidente, g*go. Ah g*go. Kagaya ko, minsan mamayat ako, minsan tataba ako [A person who dreams to be president is foolish. A foolish like me, sometimes I dropped weight, there are times I gained weight],” Duterte said during a speech at the inauguration of the Cancer Treatment Facility Building in Bajada, Davao City.

“When you get to study all documents of the Republic of the Philippines from all places, provinces and cities, mawalan ka ng stamina [You’ll lose stamina],” he added.

He said he tends to spend time reading documents before signing them even if they have gone through an initial review.

“Ako…binabasa ko ulit, tapos I sign. Matatapos ako niyan mga ala 7 alas 8 bago ako makatulog [Me…I read it again, then I sign. I manage to finish at 7 or 8 before I can go to sleep],” he said.

But according to Duterte, if an aspiring president plans to be corrupt, then that person would have no problem.

(If you want to amass wealth, there would be no problem. You’ll no longer need to go home to your province, you can have your own mansion there. But that depends on your style.)

Duterte is in the final months of his presidential term. He has yet to endorse any of the candidates vying to become his successor.

He, however, recently met with presidential candidate former Senator Ferdinand “Bongbong” Marcos and advised him on the presidency, according to Duterte’s long-time aide, Senator Bong Go.

But despite this, Malacañang clarified that Duterte has yet to endorse any presidential candidate.