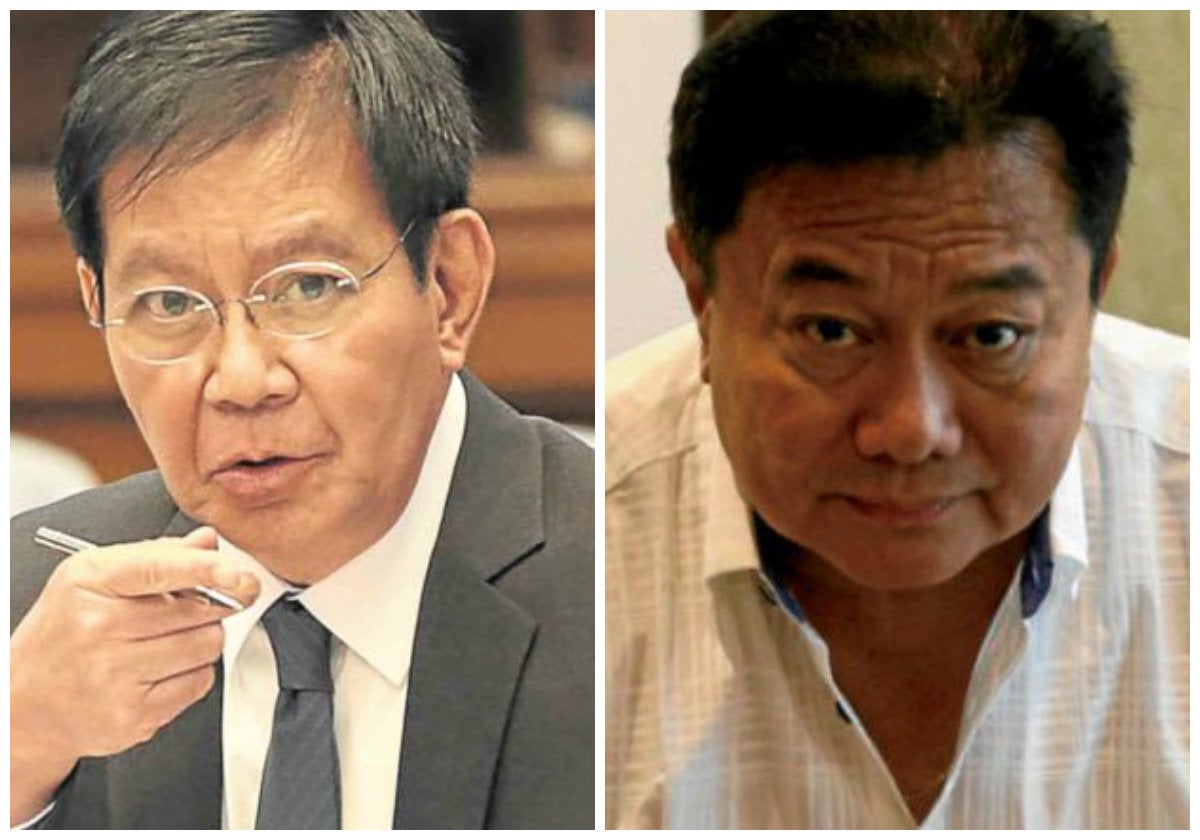 MANILA, Philippines — Presidential candidate Panfilo Lacson believes that it was not pre-election surveys that primarily pushed Davao del Norte 1st District Rep. Pantaleon Alvarez to withdraw support for him, but rather funds for the campaign expenses of Partido Reporma local candidates which he could not provide.

Lacson on Friday claimed that Alvarez’ chief-of-staff asked for P800 million-worth of additional funding for the party’s local candidates. Alvarez is the president of Partido Reporma party, which withdrew its support for Lacson’s presidential bid on Thursday.

“He (Alvarez) also cited pre-election surveys as his primary reason for switching his support which of course I don’t believe because he forgot that like me, Mayor Isko [Domagoso] and Sen. [Manny] Pacquiao, his newly chosen candidate is also lagging far behind the survey leader,” Lacson said in a text message.

“Time to call a spade a spade. It was actually more about the issue of campaign expenses for their local candidates. His chief of staff was asking for P800 million pesos in additional funding which I honestly told him I cannot produce,” he added.

While it was Alvarez’ chief-of-staff that asked for the additional campaign funding, Lacson said he’s sure that the Davao del Norte representative knows about the funding request.

“I’m sure he (Alvarez) knows because that was the main topic of our message exchanges, although he also mentioned winnability) as early as last Monday, until he informed me the other day about their scheduled endorsement of their new presidential candidate,” Lacson said.

“That triggered my prepared statement to the media during our presscon in [General Santos] yesterday,” he added.

Nonetheless, Lacson said he has “no hard feelings” but said it might be better that they both stop discussing the situation.

“I harbor no ill-feelings for what he did. It is better that [we] both stop talking about this but if he insists to explain his action, I’ll be prompted to respond to correct his statements,” Lacson said.

INQUIRER.net has sought Alvarez’ reaction for this story but has yet to receive a reply as of posting time.

Lacson on Thursday announced his resignation from his party Partido Reporma, saying he had sensed the withdrawal of his party’s support for him more than a month earlier.

Shortly after Lacson resigned from the post, Alvarez, who serves as the party president, announced that they are now backing the presidential bid of Vice President Leni Robredo.

“We are a campaign thriving on initiative and volunteerism, and we certainly do not have 800 million pesos to give away to anyone,” Gutierrez, Robredo’s spokesperson, told INQUIRER.net.

“The support for VP Leni’s presidential bid is anchored on the hope that she can reform government and bring a better future for all Filipinos,” he added in a separate tweet.

In shifting support to Robredo, Alvarez had said that while he believes in the leadership qualities of Lacson, there are two frontrunners right now — Robredo and former senator Bongbong Marcos — and he prefers to support the Vice President.

Read Next
Lacson informed of Partido Reporma bloc’s decision to back Robredo via text message
EDITORS' PICK
Geek out at TOYCON 2022 powered by Smart Signature
UK’s Boris Johnson will resign, BBC reports
High inflation: Your P1 is now worth only 87 centavos
High-risk pregnancy: Reducing your risk is in your hands
Unemployment rate up to 6% in May
House energy committee chair Arroyo bats for cheap electricity
MOST READ
Suspect in grisly killing of missing woman in Bulacan arrested
Kim Atienza’s daughter flaunts bikini body in response to critics of her ‘revealing photos’
Cop slain in Isabela ambush
FDA probes popular Filipino noodle brand for ‘high level of ethylene oxide’
Don't miss out on the latest news and information.