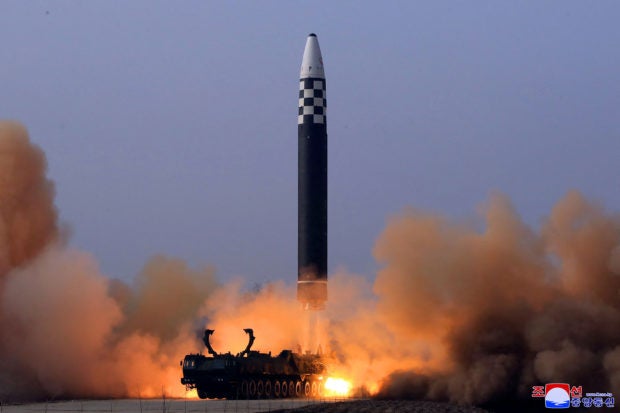 The targeted persons and organizations are accused of “transferring sensitive items to North Korea’s missile program,” the State Department said in a statement.

“These measures are part of our ongoing efforts to impede the DPRK’s ability to advance its missile program and they highlight the negative role Russia plays on the world stage as a proliferator to programs of concern,” the statement said, using the official acronym for North Korea.

Thursday’s launch was the first time Pyongyang has fired the country’s most powerful missiles at full range since 2017, and it appears to have travelled higher and further than any previous intercontinental ballistic missile tested by the nuclear-armed nation.

The statement did not give details of the specific allegations against these people and entities.

Last week the US Treasury announced sanctions against two Russian individuals and three entities over their support for North Korea’s weapons program.