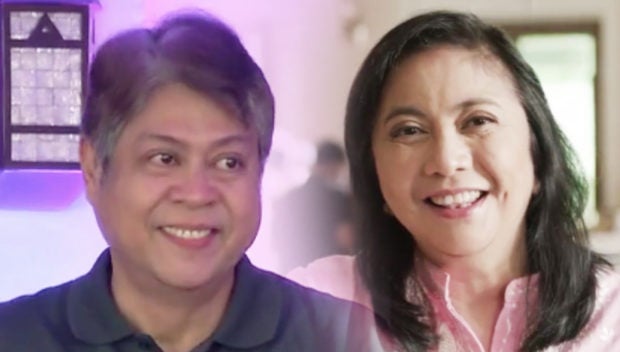 TAGUM CITY, Davao del Norte — Vice President Leni Robredo has remained firm that Senator Francis Pangilinan is her vice president, even as she assured supporters that she understands their decisions to endorse another bet for the second-highest post in the government.

Robredo, during a press briefing in the provincial capitol on Thursday, explained that she has always been clear about supporting Pangilinan “from the very start… until the very end” although she acknowledged that mix-and-match choices for president and vice president may be unavoidable as it had also been the case in the 2016 polls.

“Ako, klaro naman from the start – from the very start, until now, until the very end – ang vice president ko si Kiko Pangilinan,” she told reporters.

(I have been clear from the start – from the very start, until now, until the very end – my vice president is Kiko Pangilinan.)

(It is unavoidable, it did not happen only in this election but even during the past election, there are supporters who had different choices, who pushed for different combinations.)

“Pero (But) as far as I am concerned, as far as the official campaign structure is concerned, ang aking (my) vice president until the very end ay (is) Kiko Pangilinan,” she continued.

Recently, some quarters is pairing Robredo with vice presidential bet Sara Duterte-Carpio – dubbed Ro-Sa or Robredo-Sara. The daughter of President Rodrigo Duterte, however, is running in tandem with Robredo’s rival Bongbong Marcos.

Having females for the two highest positions of the land is unprecedented in the country’s history, but not voters picking candidates from different political parties. In fact, during the campaign for the 2016 elections, a big chunk of the population voted for Duterte and Robredo even if both candidates were from adverse political parties.

Aside from Ro-Sa, Alvarez and his Partido Reporma is looking to pair Robredo with Senate President Vicente Sotto III — a vice presidential candidate who is under the ticket of Senator Panfilo Lacson.

Lacson is running for president under Partido Reporma until he resigned Thursday to continue his bid as an independent candidate because now, Alvarez endorsed Robredo for president believing that she has a higher chance of beating Marcos in the presidential race.