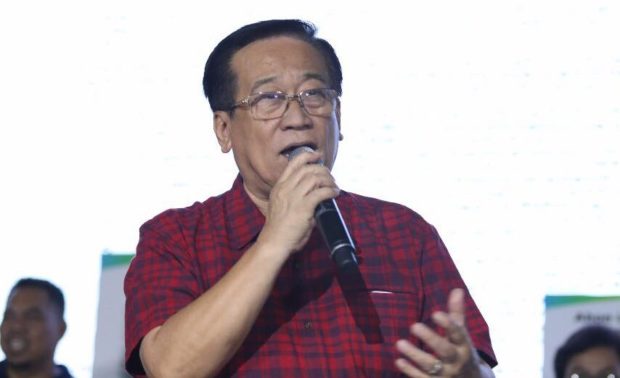 MANILA, Philippines — An election lawyer called on the Commission on Elections (Comelec) to issue guidelines over the “random sampling” of ballots set to be conducted on Thursday, and to address concerns over the burning of “defective ballots.”

Atty. Romulo Macalintal, election law expert, suggested the random sampling of the ballots, which were printed without the presence of accredited observers.

“We should be properly notified of the conduct of the said random sampling and the guidelines thereof,” said Macalintal in a letter addressed to Comelec En Banc.

Meanwhile, regarding the 106,000 “defective” ballots to be burned by Comelec, Macalintal said that before burning the ballots, the Comelec should first address existing concerns: “like how many rolls of ballot paper were actually purchased by the Comelec for the May 2022 elections.”

Per the bidding invitation of the Comelec for suppliers of the ballot paper, “a total of 2,680 rolls of ballot papers were opened for bidding,” said Macalintal.

This is needed “for the sake of transparency and before the said defective ballots are burned,” said Macalintal.

During a briefing before the House committee on suffrage and electoral reforms on Monday, Newly appointed Comelec Commissioner George Garcia said that as of March 21, a total of 105,853 ballots were considered defective.

He then explained that the poll body had so far printed 55,579,298 ballots or 82.4 percent of the total ballots needed for this year’s elections.

Comelec should stop ballot printing until it gets SC clarification — Macalintal