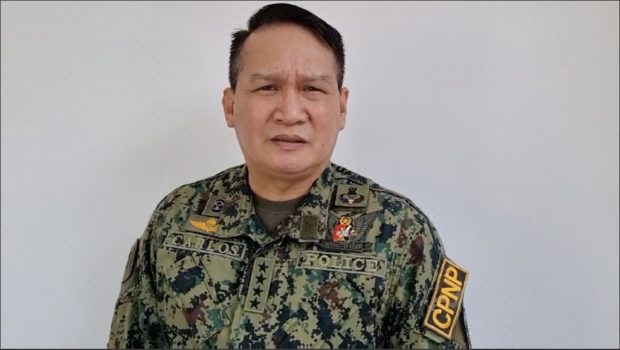 MANILA, Philippines — The Philippine National Police (PNP) on Tuesday said an in-depth investigation on the death of an 18-year-old student in Laguna who allegedly died due to hazing is underway.

“Police investigators will study the autopsy report so as to identify the extent of injuries and the objects used against the victim. I am also instructing our probers to identify the suspects at the soonest possible time,” PNP Chief General Dionardo Carlos said in a statement.

The Kalayaan Municipal Police Station in Laguna is conducting the probe.

Police said a Grade 12 student identified as Reymarc Rabutazo was brought to the Gen. Cailles Hospital after suffering from injuries reportedly sustained during initiation rites by the Tau Gamma Fraternity. The victim was pronounced dead on arrival at the hospital.

Police also said that based on initial investigation, the incident took place in a mountainous area in Barangay San Juan.

Carlos urged other possible victims to come forward and cooperate with authorities.

Zubiri on Laguna hazing: Perpetrators should rot behind bars

Read Next
PDP-Laban in QC backs Joy Belmonte’s reelection for mayor
EDITORS' PICK
Do all the things you do, faster
Motorcycles, smartphones, and cash prizes up for grabs in TNT’s ‘Tuloy Ang Saya’ Raffle in Mindanao
House energy committee chair Arroyo bats for cheap electricity
NCR at increased COVID risk again
New PS-DBM director says DepEd laptop MOA ‘not legal’
House okays budget; ways to go in Senate
MOST READ
Shopee PH gets flak for getting Toni Gonzaga
Robredo’s tarpaulin portrait at Palace just a ‘placeholder’
Robredo supporter tackles elephant in room: No massive fraud in 2022 polls, surveys were just right
DepEd: We are in a crisis situation in education sector
Don't miss out on the latest news and information.