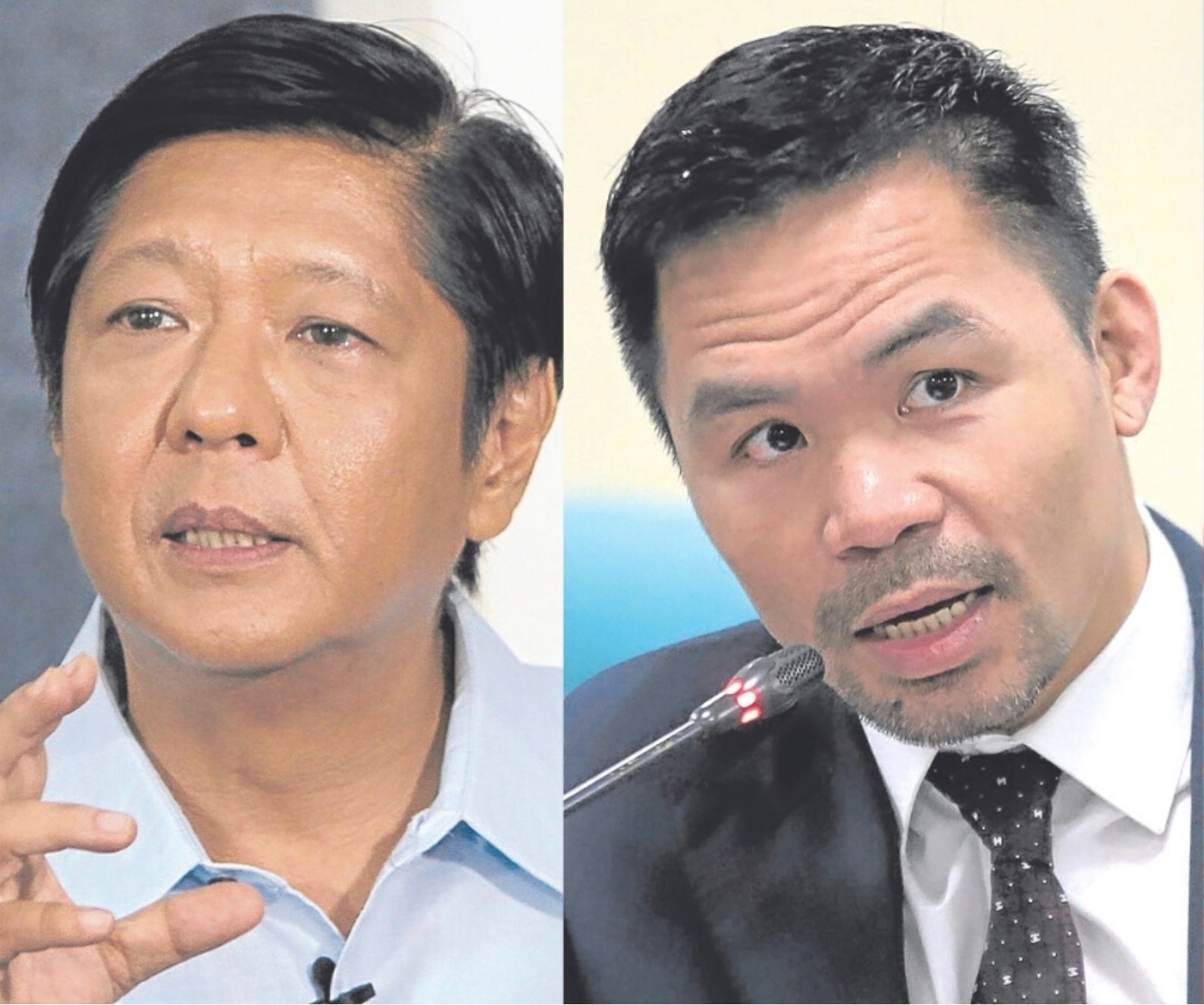 SILANG, CAVITE — Presidential candidate Senator Manny Pacquiao on Monday challenged his opponent former senator Ferdinand Marcos Jr. to a one-on-one debate so that the latter would be able to bare his platforms for the Filipino people.

Pacquiao said Marcos should have attended debates, especially the one organized by the Commission on Elections (Comelec) held last Saturday, because it was a chance for him to present his plans and programs for the country.

(Maybe he’s shy when there are many people attending the debates. It would be okay for me if we will have a debate one-on-one.)

(Yes. Maybe he does not like it when there are many participants in the debate. Maybe he’s shy so I’m challenging him to a one-on-one so that the public would be able to know my platforms and his platforms.)

He said he is ready to face Marcos Jr. in one-on-one battle of wits, saying he is ready to answer any question since he is vying for the highest government position in the country.

Pacquiao said it is within Marcos’s rights to refuse his challenge but it would be up to the public to interpret the latter’s rejection.

It is important that the public know the platforms of a candidate because then they could hold them to account if ever they would hold office, he said.

(It is better that it is recorded so that we can hold them to account.)

The boxer-turned-politician said it would be better if Comelec would organize the one-on-one debate between him and the son of late dictator Ferdinand Marcos Sr.

He, however, said that during the debate, questions should not be given in advance, but if Marcos Jr. would request it, he would allow it.

Pacquiao said among the topics that would be talked about in the debate is the Marcos’ family’s ill-gotten wealth, Marcos’s track record in public service and the former senator’s tax issues.

(He’s not attending debates. I’m not attacking him. I’m just saying the truth. Am I wrong? That’s true. I’m sorry but I am only saying what is true. If that’s made up, I’d understand if you’d get mad, but if it’s true, why would you be angry at me?)

Marcos has so far been declining presidential debates hosted by major media networks, even the one hosted by Comelec, which was conducted last Saturday, March 19.

Marcos, however, attended the debates hosted by SMNI, a media network ran by Pastor Apollo Quiboloy, who has openly given his support for Marcos’ presidential candidacy and his running mate’s vice presidential bid.

Marcos reasoned that he would rather continue his campaigning instead of attending debates, saying the debate format is “problematic because the questions are just repeated and sometimes get personal.

He said he would rather talk about the present and the future, which he said is “what is on people’s minds.”

Among the controversies that Marcos Jr. is facing in his candidacy is the history with his father, the late president and dictator Ferdinand Marcos Sr. who has been criticized over issues of corruption and human rights violations during his term.

Inquirer.net has reached out to the camp of Marcos for his comment on Pacquiao’s challenge, but has yet to receive a reply.