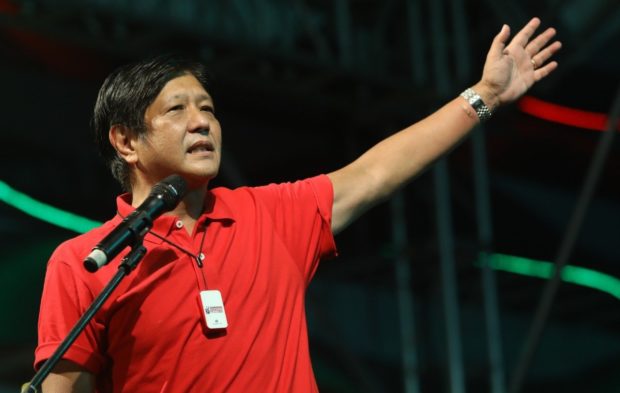 MANILA, Philippines — Former Sen. Ferdinand Marcos Jr. on Wednesday said he would maintain his strategy not to attend debates, after pollster Pulse Asia reported that he continued to lead voter preference surveys since October.

“No. 1, the [debate] format sometimes is problematic, but that’s OK. There are so many debates, [but] the questions are the same. We’re not getting anywhere anymore,” he said during the “Kapihan sa Manila Bay” interview. If a debate “gets personal” and the questions were all the same, he said, “what use is that to anyone?”

Asked if he was afraid that his rivals would gang up on him during the debates, Marcos said: “No, that’s OK. That’s another thing, I’ve been answering these questions for 35 years … Why do I need to answer them again? Nothing’s going to change their opinions.”

According to him, he would rather talk directly to the people and discuss his future plans for the country.

“That is what is in people’s minds and the people are worried on what is our life going to be, what are you going to do for us, what will you do that will help my life, that will help the school of my child, or my prospects in my job,” he said.

The son and namesake of the deceased dictator, Ferdinand Marcos, said he wanted to talk about these issues in detail rather than make motherhood statements during debates.