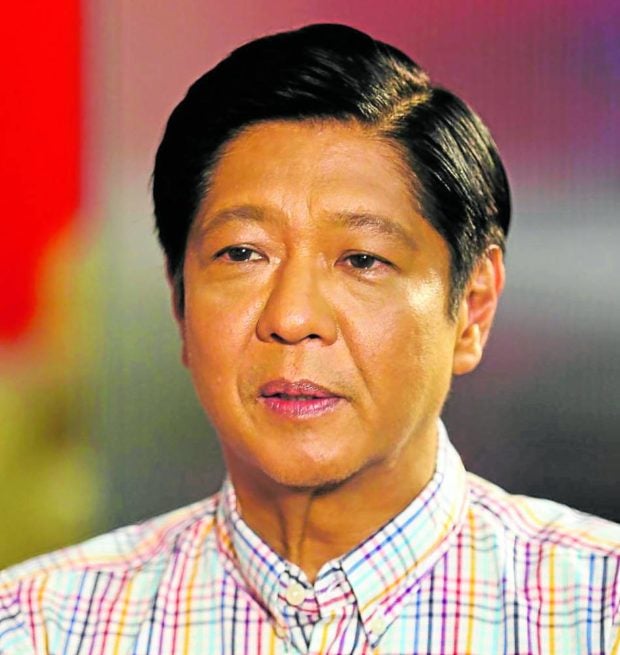 MANILA, Philippines — Ferdinand “Bongbong” Marcos Jr., who is running for president in this year’s election, said Monday that his father’s “love for the country” is what he admires the most about the deceased dictator.

During a KandidaTalks interview, Marcos Jr. was asked about his father, whose 20-year martial rule was marred with massive corruption, crony capitalism, and widespread human rights violations. Ferdinand Marcos Sr. was ousted through a bloodless revolution in February 1986.

“His love for the country… I strive to be as loving of our country and of our people as he was,” Marcos Jr. said when asked about what he admires the most about his father.

The presidential candidate was then asked what he will adopt from his father’s leadership. Marcos Jr. said it would be appointing officials in government based on their skills and not political affiliation.

Marcos Jr. is facing a number of controversies in his presidential bid such as his education attainment, track record as a public official, and his father’s history.

According to the Human Rights Violations Victims’ Memorial Commission (HRVVMC), 11,103 people had fallen victims to rights violations during the Marcos dictatorship.

But the 11,103 human rights victims were only those with approved claims for compensation from the Human Rights Reparation and Recognition Act of 2013.

Meanwhile, according to the accomplishment report of the Presidential Commission on Good Government (PCGG), they are still trying to recover more than P125 billion worth of Marcos assets which were allegedly part of the family’s ill-gotten wealth.