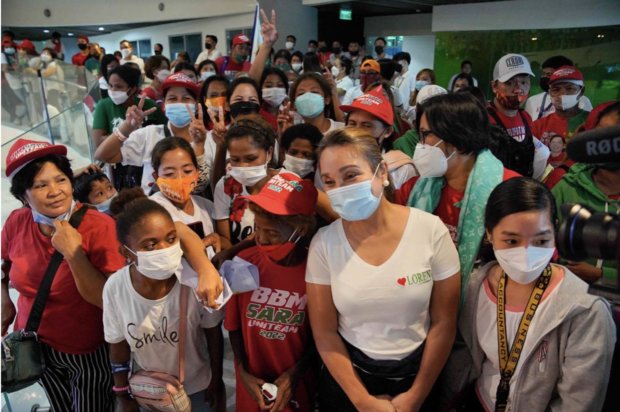 MANILA, Philippines — Senatorial candidate Loren Legarda reiterated that the government should focus on job creation and improving the business environment to hasten  the country’s recovery from the COVID-19 pandemic.

“The right pathway towards pandemic recovery is through economic empowerment of every Filipino family. We have pushed for government programs that would provide income generation to Filipinos in coordination with DOLE, DSWD, DTI, and TESDA,” Legarda said in a statement.

“But aside from these, we have to utilize our existing resources, invest in the country’s industrial, economic, and social development through multi-sectoral collaboration.”

As Legarda visited Bataan on Thursday in a UniTeam campaign sortie, she shared how she helped the province of Bataan grow its economy through employment creation and business investment generation.

In 2009, the former senator principally authored the Freeport Area of Bataan (FAB) Act under Republic Act No. 9728 to convert the Bataan Economic Zone located in Mariveles Municipality into the Bataan Special Economic Zone and Freeport.

This law helped boost the economic conditions of the town of Mariveles and the whole province of Bataan and the Central Luzon Region, thus contributing to the country’s positive economic growth, and it is now one of the trade centers in Asia, serving both local and international trade, providing more jobs and income to Filipinos.

“The Freeport Area of Bataan (FAB) Act is one of the laws I authored that I am most proud of because the creation of the FAB has opened more employment opportunities, developed the tourism industry, and also helped in promoting micro, small and medium enterprises in the Province of Bataan,” Legarda said.

The Antique representative also urged the local government to play a more significant part in creating a progressive business environment to welcome the entry of more investments in their respective localities.

“The national government needs to provide adequate support for them to improve necessary infrastructure, promote tourism and enhance human capital development,” she said.

Legarda also stated that the improvements made in the Bataan Special Economic Zone can also be replicated in other provinces that have the potential to be another center of trade in the country.

“Empowering and improving our business environment will eventually lead to the economic growth of the country, addressing unemployment and alleviating poverty.”