The President has given his endorsement during a one-on-one meeting with Villanueva in Davao City Monday night.

Villanueva, author of more than 103 laws  on employment, education, health, youth,  migrant affairs and other pro-poor measures, described his meeting with the chief executive on March 14 as “fruitful. “

“Marami pong napag-usapan sa maikling panahong ibinigay sa atin ng Pangulong Duterte. Some light matters and others very substantial. I thank the President for taking time out to see me,“ he said.

Villanueva said he was “pleasantly pleased and, to be frank, surprised,  when he told me that he will endorse me, and raised our hand.”

He welcomed the presidential endorsement “because as an independent, with no party,  going solo on sorties, that kind of support will be a big help.” 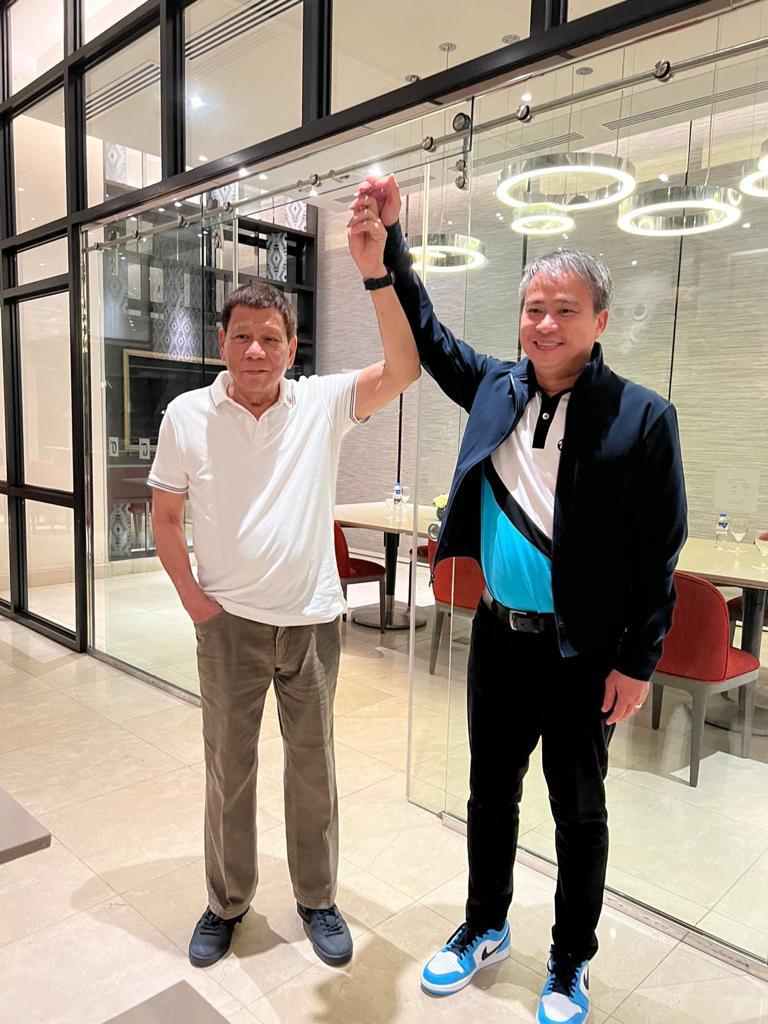 President Rodrigo Duterte raises the hand of TESDAMAN, Senator Joel Villanueva, in a show of support for his senatorial bid anchored on creating more and better jobs for Filipinos.

He added that Duterte did not ask for any condition or favor in exchange for his endorsement.

“But I told him that good programs like the ‘Build, Build, Build’ should be continued because that transcends changes in administration. I volunteered to advocate for the BBB in the years ahead,” Villanueva said.

He earned the moniker as director general of the tech-voc agency from 2010-2015.