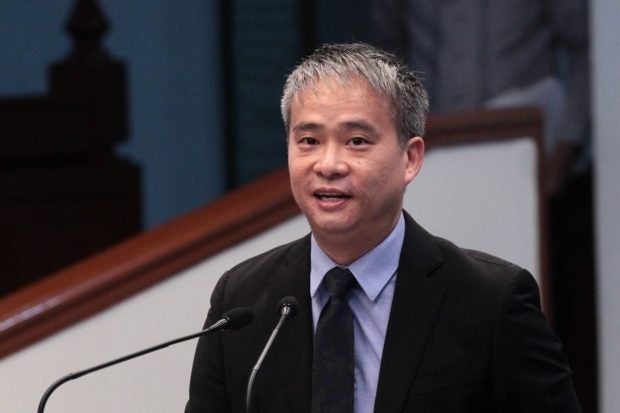 MANILA, Philippines — Senator Joel Villanueva kicked off his reelection campaign on Tuesday, pledging to pursue his advocacy of adequate and quality employment for Filipinos.

(On the first day of my campaign, I saw with my own two eyes and my body feels that I am not alone because I am with you. Let us work on the job in our country.)

The lawmaker noted that presidential and vice-presidential candidates included jobs and employment in their platforms. Hence, stressing that his agenda should continue in the upper chamber of Congress.

(While their political positions are different, they have a common denominator: Tesdaman is needed in the Senate.)

Villanueva registered a perfect attendance in Senate sessions and filed more than 500 bills and resolutions, including those that address workers’ welfare.

He said that he wanted to continue being a senator to ensure that the measures he passed would be properly implemented.

(The laws we have passed must be implemented properly. It should be funded well and benefit our people.)

As part of his reelection campaign platform, Villanueva is pushing the institutionalization and strengthening of policies like unemployment insurance, National Employment Recovery Strategy, and the Tulong Panghanapbuhay sa Ating Disadvantaged/Displaced Workers Emergency Employment Program, among others.

Villanueva is seeking a second term as a senator and is running as an independent candidate.