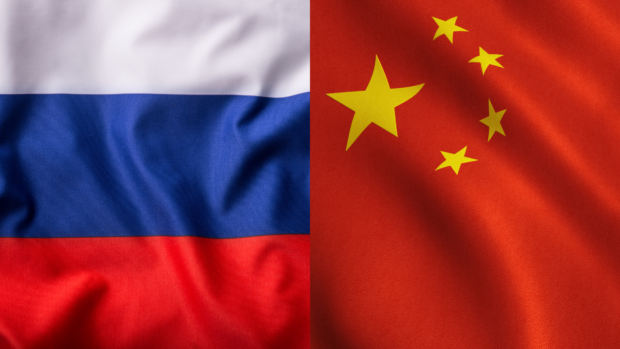 WASHINGTON — The United States expressed concern Monday about “alignment” between Russia and China, after high-ranking US and Chinese officials met for seven hours on the Ukraine war and other security issues.

“We do have deep concerns about China’s alignment with Russia,” a senior US official told reporters, speaking on condition of anonymity, adding: “It was a very candid conversation.”

US National Security Advisor Jake Sullivan and Yang Jiechi, the Chinese Communist Party’s chief diplomat, met in a Rome hotel for what a White House readout described as a “substantial” session.

The White House said the two officials also “underscored the importance of maintaining open lines of communication between the United States and China.”

Moscow and Beijing have drawn closer in what Washington sees as an increasingly hostile alliance of the authoritarian nuclear powers.

Sullivan’s meeting with the top Chinese diplomat was planned weeks ago, officials say, but the encounter took on new importance against the backdrop of President Vladimir Putin’s onslaught against Ukrainian cities.

The officials were also meeting a day after US media reported that Russia has asked China for military and economic assistance as its troops struggle to make ground in Ukraine and its economy faces devastation from Western sanctions.

The New York Times, citing unnamed US officials, said there was no indication whether China had responded, but China has so far sent mixed signals on Russia’s bloody invasion and US officials say the jury is still out on how Beijing will act.

Washington hopes Beijing can use its influence on Putin. And while Beijing does not back Western sanctions, the White House is pressuring the economic giant at minimum to refrain from rescuing Russia from potential default or sending weaponry.

“We’ve communicated very clearly to Beijing, that we won’t stand by,” State Department spokesman Ned Price said. “We will not allow any country to compensate Russia for its losses.”

“We are watching very closely the extent to which… (China) or any other country for that matter provides any form of support, whether that’s material support, economic support,” he said.

Price also stressed China’s “tremendous leverage” over Russia and said “China could do more than probably many other countries to bring an end to this senseless violence, to this brutality, to Putin’s premeditated war.”

Beijing refused to directly address the reports, instead accusing Washington of maliciously spreading “disinformation” over China’s role in the Ukraine war.

The senior US official told reporters that in addition to Ukraine, Sullivan and Yang discussed North Korea, which is ramping up missile tests, and tension over Taiwan, which is run as an independent country but is claimed by China.

The official described the talks as reflecting the “intensity” of the current atmosphere and that it was important to have “a candid, direct exchange of views.”

“We believe that it is important to keep open lines of communication between the United States and China, especially on areas where we disagree,” the official said.

Read Next
One year in prison for policeman who shot girlfriend’s dog
EDITORS' PICK
House energy committee chair Arroyo bats for cheap electricity
Why Tagle is a leading papal contender
Powered by style, innovation and passion
In Borongan, nuns play hoops (not mahjong)
PH resumes talks with China on Chinese-funded transport projects
A laptop that maximizes your WiFi so you can maximize your productivity
MOST READ
Imee Marcos bares illegal importation of white onions
Why Tagle is a leading papal contender
Vico Sotto undergoes procedure for knees
‘Now hiring’: US employers struggle to find enough workers
Don't miss out on the latest news and information.