Isagani Yambot a loss to journalism; Tuesday night’s wake is for media 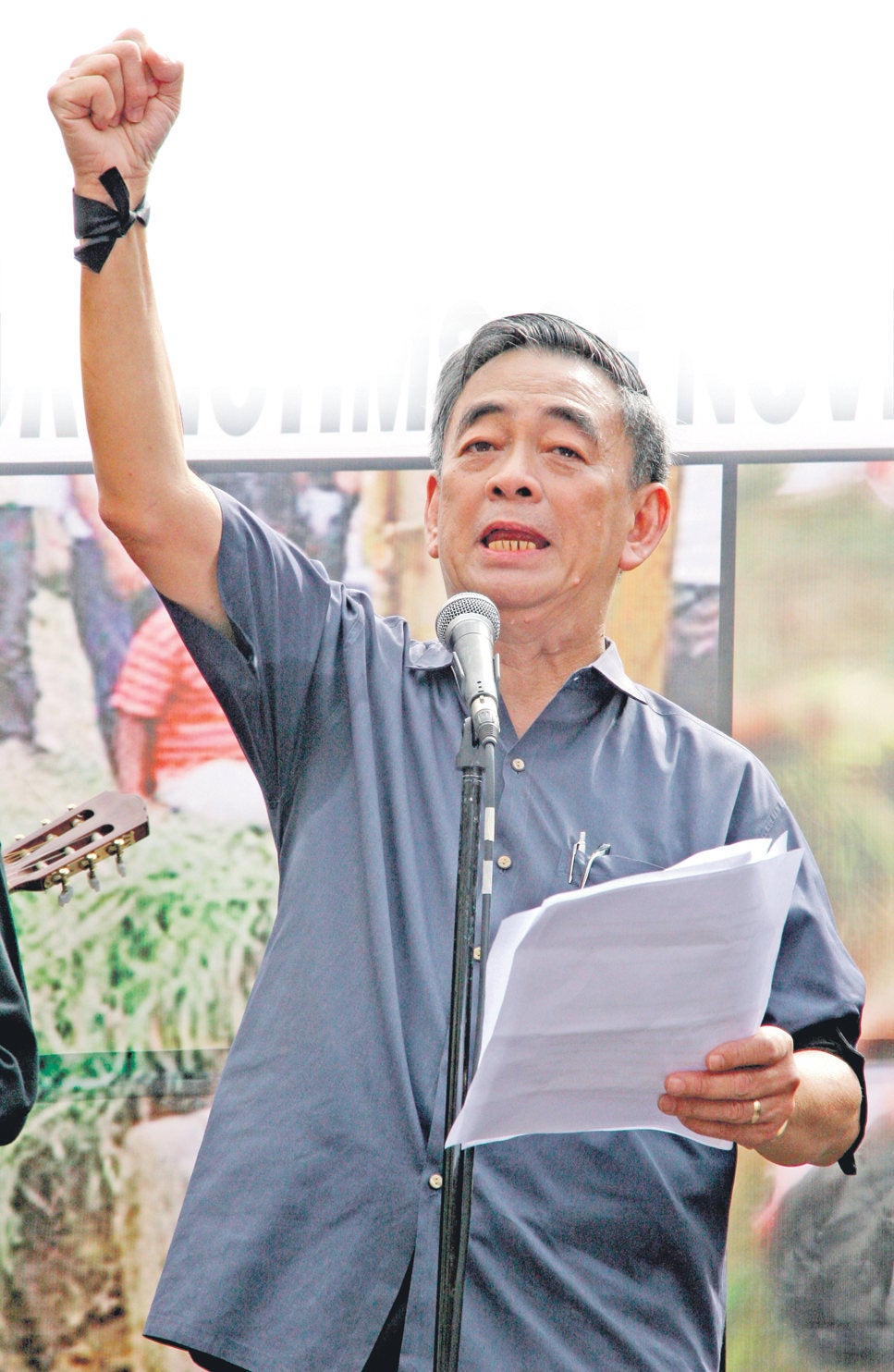 There was no let-up in the tributes for Isagani Yambot.

Three days after Philippine Daily Inquirer publisher Isagani “Gani” M. Yambot Sr. died following a multiple heart bypass operation, messages of condolence, as well as admiration for his work as a journalist, kept flowing, saying he belonged not only to the newspaper but to the whole media industry.

The messages came from Yambot’s media colleagues, from a foreign embassy and from the business community.

A media night is scheduled to be held Tuesday night at the Felicidad chapel at Arlington Memorial Chapels on Araneta Avenue in Quezon City to be attended by members of the Manila Overseas Press Club, Plaridel and the National Press Club, according to a family announcement.

On Wednesday night, Yambot will be honored by members of his fraternity, the Alpha Phi Beta. A “Philippine Daily Inquirer night” is scheduled for Thursday starting at 10 p.m.

He will be cremated on Friday at a time still to be fixed, according to his family.

Besides being publisher of the Inquirer, Yambot was also a former chairman of the Asian News Network (ANN), an alliance of 21 media organizations in 18 Asian countries.

Ralph Timmermann, the deputy head of mission of the German Embassy in  Manila, said the embassy was saddened by the news of Yambot’s death and praying “for the eternal repose of his soul.”

Director Thomas Bernd Stehling of the Konrad Adenauer Foundation, a major supporter of ANN, recalled that when the foundation opened cooperation with the ANN members, “Gani brought in his broad experience as a publisher, helpful especially for all those who were in the past less exposed to competition and economic challenges.”

“Gani stood for the values we all share. He will be missed,” Stehling said.

Paul Linnarz, director of the foundation’s Asia media program, said: “I am in Thailand right now with my colleagues from all over Asia. Many of them know Gani from many years of close cooperation. It’s indeed a shock for all of us!”

Werner von Busch, a former director of the foundation, said: “I will always remember him as a journalist of high professional and ethical standards, as well as the supplier of new ideas to ANN and ACFJ (Asian Center for Journalism).”

Assistant editor Shigefumi Takasuka of The Daily Yomiuri of Japan said he was shocked to hear of “Gani’s untimely passing away.”

“It’s indeed a great loss to the ANN,” said Akhilesh Upadhyay, editor in chief of The Kathmandu Post of Nepal, while  Ng Poh Tip of Malaysia’s Sin Chew Daily said: “Oh, my God … My condolences and deepest sympathies to Gani’s family.”

For his part, Trinh Thanh Thuy of Viet Nam News said: “We at the Viet Nam News shall keep good memories of him for his hearty assistance to our staff and contribution to the growth of ANN.”

News editor Serath Nguon of Rasmei Kampuchea said Yambot’s contribution to journalism “will last forever.” He said: “I was shocked by the demise of Isagani Yambot, who was one of the invaluable assets of  ANN and journalism in Asia.”

“His intelligent and insightful comments and witty remarks will be surely missed. I pray for his eternal peace,” said editor in chief Mahfuz Anam of The Daily Star in Bangladesh

Pana Janviroj, executive director of ANN and president of Thailand’s English daily, The Nation, wrote: “Isagani added a human face to ANN with his comments and inquisitive thinking as an ANN board member in our interactions with Asian leaders and people over the years. He will be surely missed by all of us and we extend our deepest condolences to his family.”

In a statement, GMA News said: “He brought to meetings decades of experience as a journalist, and thus exuded authority when he pilloried any bill or idea that he felt would impinge on the freedom of the press… Despite having seen more than anyone else’s share of tragedies befalling colleagues, he would still turn emotional when he spoke of journalists who were murdered just for being in the profession.”

The network added: “Having witnessed many changes in media during his career, he never failed to remind younger journalists that while the tools of the trade have evolved, the profession’s bedrock values were timeless: truthfulness, fairness, nonpartisanship, courage.”

GMA News also said: “While his Inquirer colleagues can be rightly proud that he worked in their midst, at GMA we were never in doubt that Gani Yambot belonged to the entire profession. And he served it well.”

National Press Club (NPC) president Jerry S. Yap said: “Anyone of us among the living NPC members pale too far in comparison to Mr. Yambot, in terms of achievements in the field of journalism and in terms of the passion for press freedom. (He) defined journalism at its best.”

Yap also said: “He did not only write. He did not only edit. He did not only publish. He taught many NPC members, including those illustrious journalists lucky to have worked under the tutelage of this man who can be considered as one in a million … He is not dead.”

In mourning the passing of Yambot, Publishers Association of the Philippines Inc. (Papi) president Juan Dayang said: “Gani helped champion the press freedom advocacy of the (Papi) and  exemplified the uncommon virtues of a committed journalist even  during trying times.”